Adnan Nefesoğlu, RMK MARINE’s CEO, thought a short moment and  replied by reflecting his self-confidence “Yes, we can do”, when the local client came and asked RMK MARINE in early 2016 that: “We have two main engines, procured eight years ago and standing in a depot since then. They have Tier I feature. Can you convert them first to Tier II compliant engines, to be followed with Tier III compliant features, make them fully operable and then can you build two ships around 15.000-16.000 dwt, one asphalt/bitumen, the other one chemical tanker and install these two engines having Tier III features?”.  In giving his positive reply without hesitation, of course he considered being a subsidiary company to Koç Group, Turkey’s largest conglomerate and the only Turkish company taking its place in Fortune 500 Global List, the self-confidence in what they achieved as RMK MARINE until then and the trust felt in RMK MARINE’s  solution partners in this project, led by MAN ES, the manufacturer of the MAN Engines.

At the beginning of the project, the two MAN 7S35MC7.1 engines were inspected carefully by MAN Diesel & Turbo (later changed its name to MAN ES) and both engines were detected to be in perfect shape. Then, they were overhauled successfully by MAN ES and RMK MARINE together in the shipyard and in line with the project schedule.

Then, they were converted to Tier II compliant features. This phase was followed by converting both main engines to comply with Tier III emission regulation requirement in full collaboration among the client, RMK MARINE, MAN ES and Doosan, the manufacturer of LP SCR system and the subcontractor of MAN ES in this project. 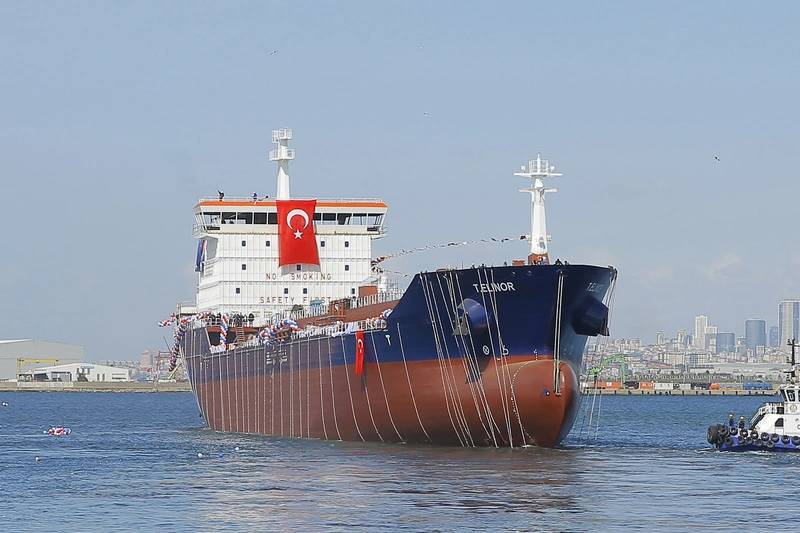 While transforming the Main Engines to Tier III compliant, the design and building schedule of both ships were carried out in parallel.  During the construction phase of the two ships, RMK MARINE received an additional demand from its client: the installation of a scrubber system to both ships, in addition to LP-SCR systems, to allow both ships to comply with IMO 2020 SOx cap. Upon an evaluation, it was concluded that  this modification on both vessels was possible. The designs were modified accordingly and after a market search, Panasia was chosen as the Supplier for scrubber systems.

Following a two year period, RMK MARINE performed all these conversion, designing and construction activities in full cooperation by its solution partners, delivered the first ship T.Adalyn,  a 15,000 dwt asphalt/bitumen tanker on May 28, 2019. T.Elinor, the second ship, a 16,000 dwt chemical tanker is to be delivered to its client on December 16, 2019.

As their main engines, diesel generators and thermal oil heaters are connected to the exhaust lines, when T.Elinor or her very likely sister ship T.Adalyn uses low sulfur fuel, they will use their LP SCR system. To the contrary, when they use high-sulfur fuel, they will bypass the SCR system and will start using scrubber system. Consequently, both vessels have been ensured to have unrestricted navigation features in all seas of the world by being in full compliance with both the requirements of Tier III and IMO SOx 2020 cap.  T.Elinor was delivered as both SCR and Scrubber systems installed. T.Adalyn was delivered with SCR System and it will also acquire scrubber system shortly after the delivery of T.Elinor. 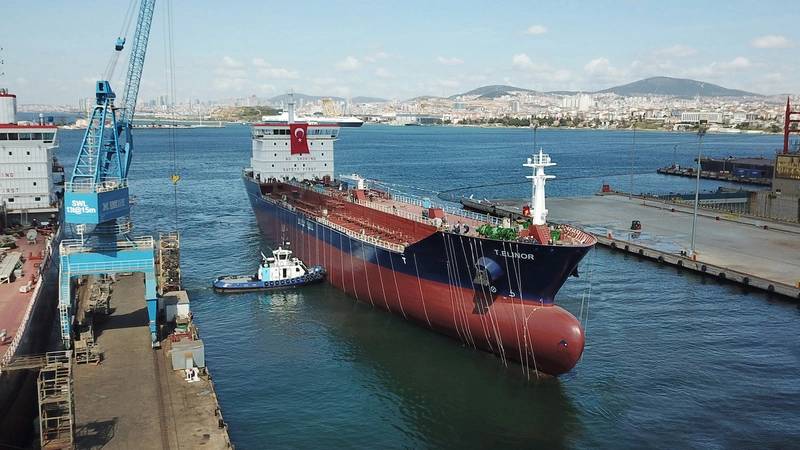 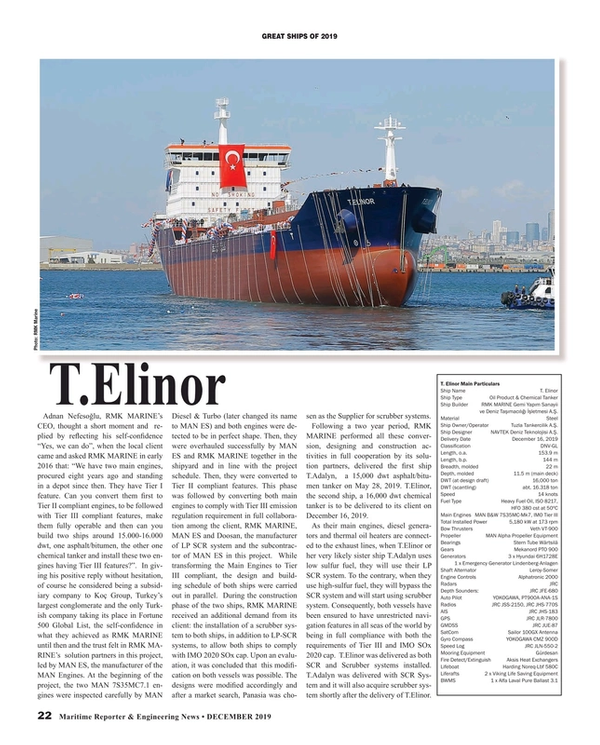