Diamond Gas Orchid is designed with a maximum 165,000 cu. m. of storage capacity, or 6.2% more than its typical Sayaendo predecessors. As the design is flexible, MHI says it is possible to achieve a capacity near 180,000 cu. m. without exceeding the ship-size limitations of the Panama Canal’s new locks.

The Sayaendo was named after sayaendo (podded peas) because its (pea)-like spherical tanks are covered with a continuous saya (legume)-like cover. On the other hand, the Sayaringo STaGE also has a continuous cover over the tanks. The reason for the naming is the upper semi-sphere of the tanks is larger than the lower semi-sphere, and the swelling shape of the tank seems like a ringo (apple) in the saya (legume)-like cover. Other inherited advantages are the lightweight hull, low-wind resistance, and good maintainability. By combining the inherited features with the newly adopted propulsion system concept "STaGE," the Sayaringo STaGE dramatically enhances its fuel efficiency.

The Sayaringo STaGE aims to ship LNG from North American shale gas deposits, which have recently been in the news regarding expansion of LNG resources, to Japan. The apple-shaped LNG tanks are based on a highly reliable MOSS-type tank with extensive track records. MHIMSB improved the MOSS-type tank into an apple-like shape to increase the volumetric efficiency and maximize the cargo capacity along with meeting the New Panamax limits on dimensions. 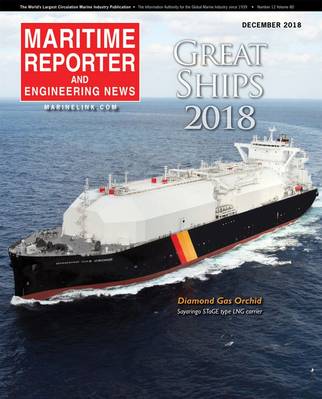 The ordinary tank consists of semi-spheres and a cylinder, and the apple-shaped tank consists of a donut-shaped torus as well as semi-spheres and a cylinder. Because of the lower height, the center of gravity of the apple-shaped tank is at a lower position than the ordinary one despite the same volumetric capacity. STaGE is an abbreviation for Steam Turbine and Gas Engine, and is a hybrid propulsion plant that consists of an ultra-steam turbine (UST) plant on the port side and a combination of a dual-fuel diesel engine (DFE) and an electric propulsion motor (PEM), DFE-PEM plant, on the starboard side. The exhaust-gas and jacket waste heat from the DFE are recovered to heat the feedwater going toward the UST plant, achieving significant improvement in fuel efficiency. In the UST plant, the heated feedwater flows to the boiler to generate steam to be used to drive the turbine.

The electricity generated by the DFEs drives the PEM. Ordinarily, a huge amount of waste heat from DFEs is dumped into the exhaust-gas and jacket cooling water. But the STaGE plant uses the waste heat to heat the boiler feedwater, enhancing the plant’s total efficiency. The waste heat from the DFEs is also recycled to generate auxiliary steam as well as the drive steam for the main turbine, also enhancing total efficiency. As such, the STaGE plant achieves significant efficiency enhancement by combining two different propulsion engines and by optimizing the waste heat energy. 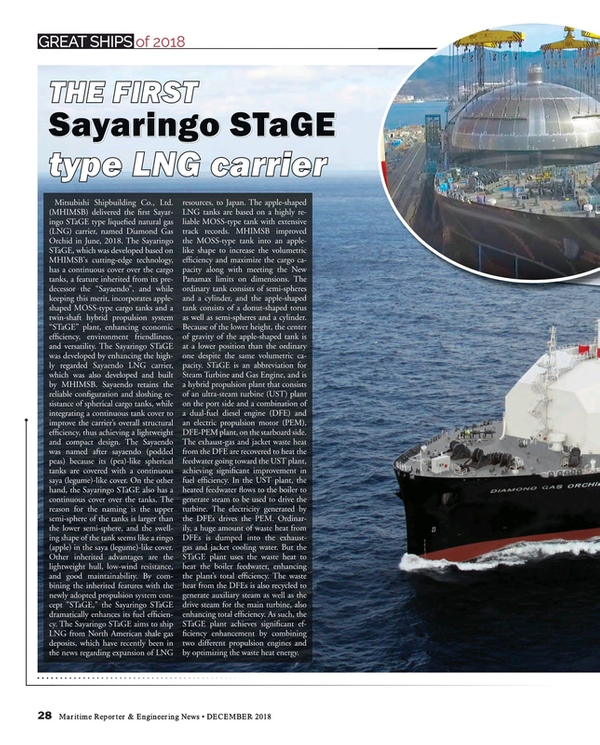