As one of the most important megatrends this decade, digitalization is already moving beyond the concept of connectivity and data gathering towards a greater and more integrated future where the entire industry coexists as one digital ecosystem. As this vision becomes a reality, we will see a new era of partnerships, knowledge sharing, and AI-led practices. Disruptive technologies and ground-breaking projects have begun to transform the maritime landscape, and the opportunities that emerge from this transition will avail the innovators and organizations that are already embracing the digital frontier. 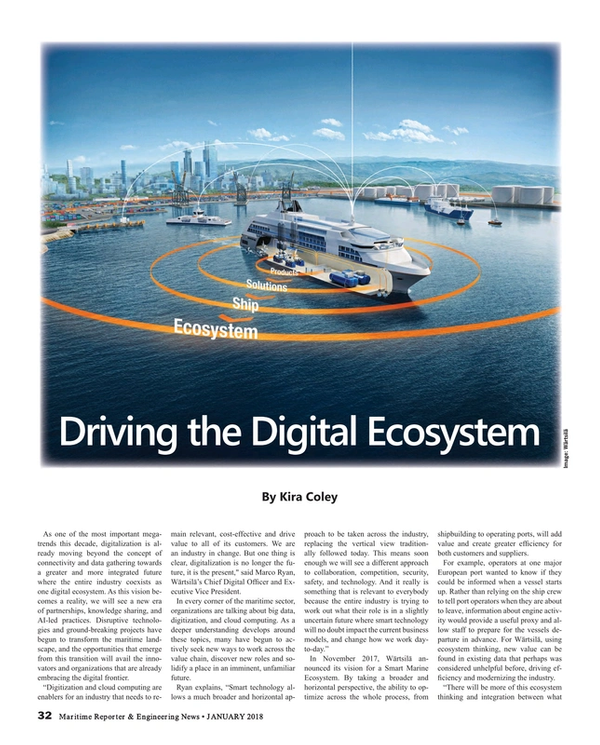