A Time to Build & Refit

The aging Pacific Northwest fishing fleet is either undergoing or about to undergo a long-overdo upgrade, judging by a major economic report commissioned by the Port of Seattle. Fisheries managers, seafood suppliers, yards and the supply chain all hope an accompanying surge in ship finance “lifts all boats”. For now, the newbuild count is growing apace, slowed just a bit by owners opting for major retrofits amid rich fish harvests. This fisheries upsurge comes with some rising stars of ship design-and-build for vessels set to ply the Bering and Beaufort seas. 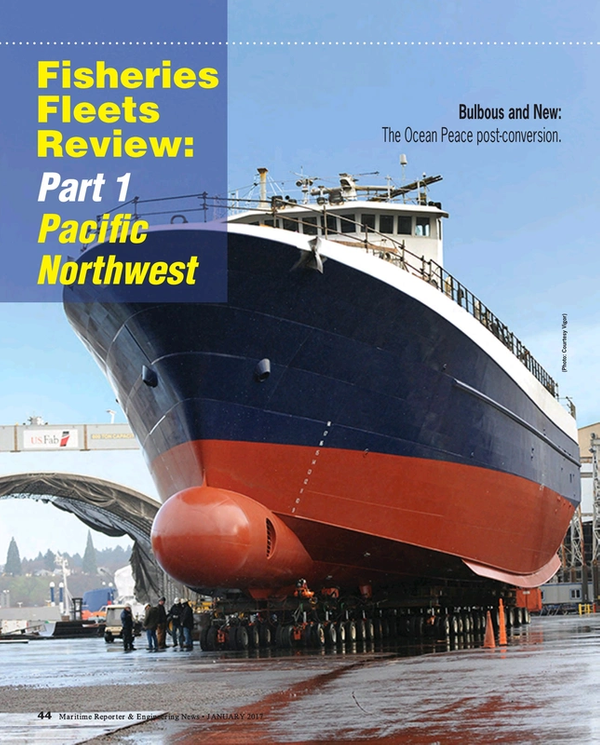 Read A Time to Build & Refit in Pdf, Flash or Html5 edition of January 2017 Maritime Reporter