Last Port of Call for the US Merchant Marine?

The privately owned U.S.-flag foreign trading fleet, which is an essential component of U.S. sealift capability, stands on the edge of a precipice. The fleet – roughly stable in terms of cargo carrying capacity from 2000 to 2012 – has declined from 106 vessels in 2012 to 78 vessels at October 30, 2016 primarily because of a substantial decline in available U.S. Government-reserved cargo. The size of the fleet has reached a point where the viability of the U.S.-flag industry involved in foreign trade – including its trained mariners, maritime academies and schools, and experienced back office personnel – is in danger of disappearing. As the cargo decline is not likely to be reversed any time soon, the fleet will likely only survive into the future if there is a substantial, renewed national commitment to sustain it. 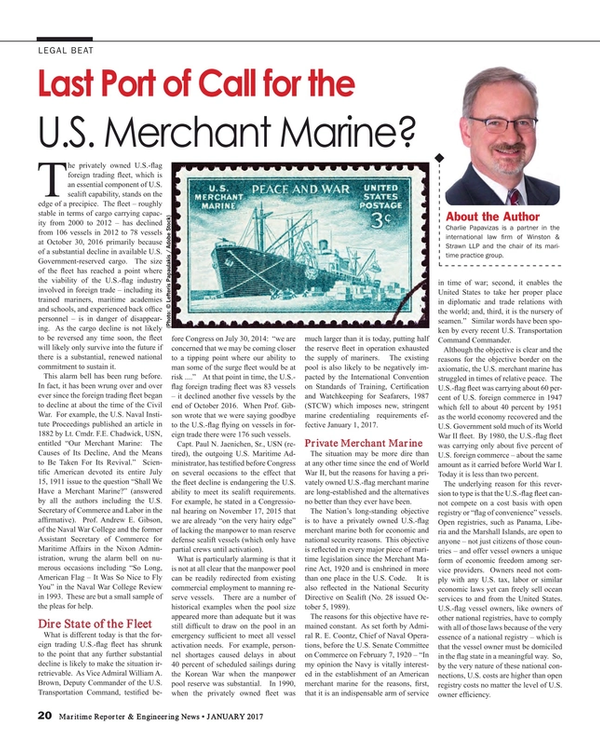 Read Last Port of Call for the US Merchant Marine? in Pdf, Flash or Html5 edition of January 2017 Maritime Reporter