Since it started publishing in 1939, Maritime Reporter & Engineering News has recognized excellence in ship construction. This year 18 ships in total were honored, including many “world firsts.” 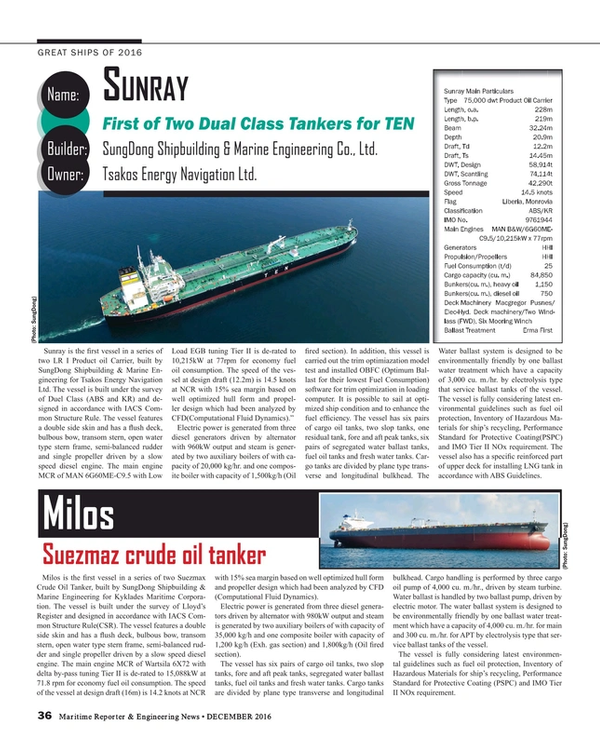