Fire Prevention: "Rising" to the Occasion

Earlier this year, the USNS Impeccable and the USNS Stockham recognized the need to make repairs and enhancements on many of the ships' multi-cable penetrations.

Reminded about the importance of fire prevention, the ships were looking for a solution that could reliably protect the vessels against the passage of fire, gas and water.

In particular, the USNS Stockham needed the work done immediately in order to avoid a late departure on its next voyage.

Milcom Systems, a marine contractor specializing in C4I, HVAC and LAN installations, was tasked with performing a sizable portion the work.

During a dry docking period of the USNS Impeccable, it was determined that eight cable transits running toward the antenna dome needed to be reinstalled.

Because of a series of educational product demonstrations by W&O Supply, a maritime supplier of pipe, valves, fittings and electrical products, Milcom was aware of the range of product options for this type of repair and determined the optimal product was the RISE multi-cable system.

Specifically designed for marine and offshore installations and with all major Classification Society approvals, the RISE system can be used to seal multicable penetrations or pipe penetrations.

RISE consists of two different components: rubber insert sleeves and a silicone- based fire resistant and water repellent sealant. Manufactured by CSD Sealing Systems, when RISE is exposed to heat, the rubber sleeves expand five to ten times their original volume, creating a strong rubber mass within the penetration. The sealant, which is applied to both sides of the penetration, also cures to a rubber-like mass that withstands tremendous pressures, enabling it to achieve its gas and watertight ratings. Milcom selected the RISE system for several reasons. "First and foremost, I'm confident that RISE offers the best fire-stop protection on the market, which prevents fires from spreading and limits damage on a vessel," said John Pugliese, a project manager at Milcom. "In addition, some of the clear advantages that we've experienced are that installing the RISE system is much quicker, easier and more flexible than any of the block systems currently available." Working on the eight transits, Milcom's installation on the USNS Impeccable was completed in three to four hours, saving time and money. Just as importantly, the Coast Guard inspectors were impressed with the fire prevention system.

A few months later, while the USNS Impeccable was in dry dock, an additional 200 transits were sealed using the RISE system, saving thousands of dollars from the short installation period.

In early August 2004. the Military Sealift Command once again called upon Milcom to upgrade three transits while the USNS Stockham was temporarily docked in Norfolk, Va.

With only two days to perform the work, the cargo ship was heading to Guam with supplies for troops deployed in the Persian Gulf.

Obviously, the repairs needed to be performed within an extremely tight timeframe.

On this occasion, Milcom used the RISE system and realized a labor savings of nearly 66 percent in comparison with traditional block methods. The repairs were completed in less than three hours. Again, as a result of the short installation time, the USNS Stockham was able to sail on time and meet its mission requirements. 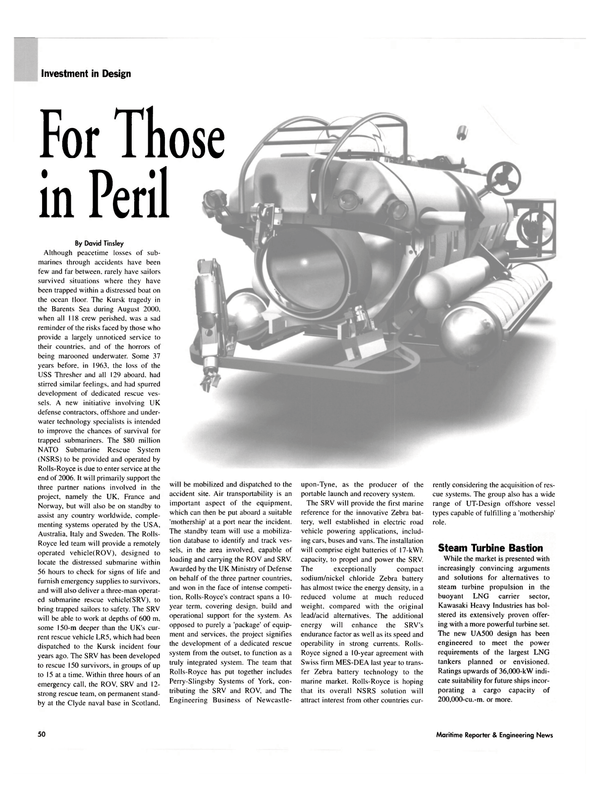