VT Halter Marine launched MV Jean Anne, the first Pure Car Truck Carrier (PCTC) to be built in the U.S. Built at its Pascagoula, Miss., facility, it is one of the largest vessels to be launched by a U.S. mid-tier shipyard. "Today marks the successful launching of the first modern PCTC to be built in the U.S. for the Jones Act trade," said George W.

Pasha. IV. President. Pasha Hawaii Transport Lines. "We are pleased with the ongoing cooperation with CEO Butch King and his team and look forward to the delivery of MV Jean Anne and commencing our service between California and the Hawaiian Islands in March." The ship is owned and operated by Pasha Hawaii Transport Lines, a joint venture between The Pasha Group, a Calif.-based leading global transportation and logistics provider, and Strong Vessel Operators LLC, a Conn.-based ship owner and operator. Measuring 579 ft. o.a., with a beam of 102 ft. and a draft of 28 ft., the 13,000-dwt, 20-knot PCTC has the capacity to transport more than 3,000 vehicles as well as other rolling stock, household goods and containerized cargoes. The vessel has 10 decks, including three hoistable decks, served by a 100-ton stern ramp that can handle heavy construction equipment.

With clear overhead heights up to 16.7 ft. and over 120,000 sq. ft. of over high and wide (OHW) cargo space on these specialized decks. Jean Anne offers flexible capability for OHW shippers.

More than 6,150 rollers were used to move the ship across 700 ft. of land where winches pulled the vessel unto a dry-dock. Once onboard, the dry dock was lowered in place and Jean Anne floated free. "The launch of Jean Anne is particularly significant for VT Halter Marine as it is the first PCTC to be built in the US," said Bovd E. King, CEO, VT Halter Marine. "Her launch is also testimony that VT Halter Marine is moving forward in its quest to secure shipbuilding projects for highly sophisticated vessels in multi-market sectors." Circle 4 9 on Reader Service Card 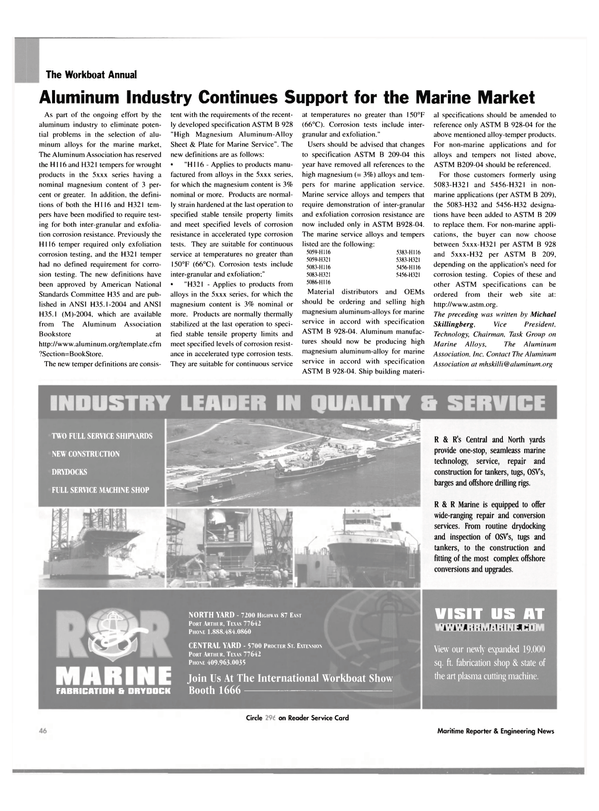