This is the 21st boat Blount has designed and built for the Authority since the 1950's and the 30th OSV type design the yard has launched to date.

M/V Isleno is powered by four Detroit Diesel 12V2000 MTU engines totaling 3,220 hp, and is designed to carry 200 LT (eight loaded trailers or 40 cars) on the cargo deck and accommodate 209 passengers on regular ferry runs between the islands of Vieques and Culebra from the Port of Fajardo, making it the bridge for shipping commerce between the islands. The construction of the M/V Isleno was based on the design of the Cayo Norte and the Santa Maria, two previous sister ships built by Blount for the Port Authority. The vessel is certificated by the U.S. Coast Guard under Subchapter "K" for ocean routes less than 100 miles. Blount says this OSV at 15 knots is one of the fastest recently built OSV's and her speed will help in dodging the hurricanes now in or headed for the Caribbean area. 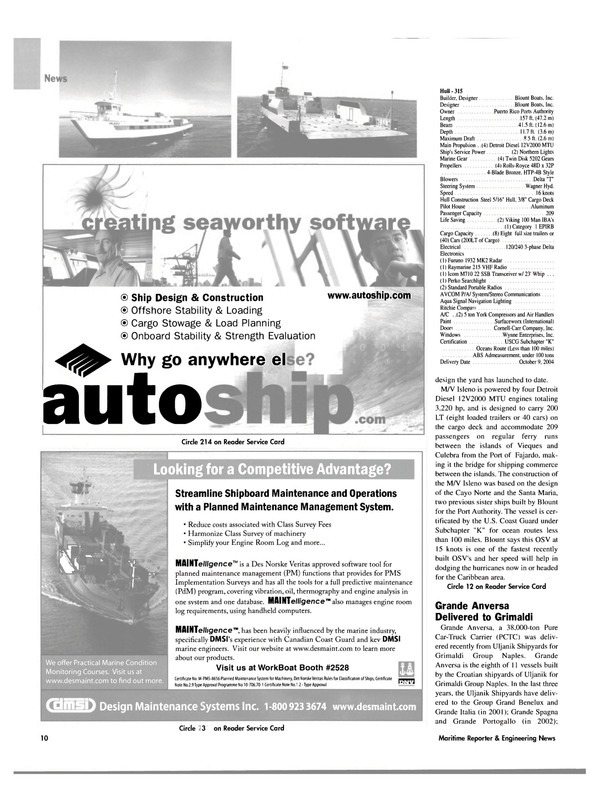