Bollinger Shipyards, Inc., has promoted and/or assigned new responsibilities to the following members of its management team. Mike Ellis has been promoted to executive vice president and COO of the company. Ellis joined Bollinger in 1998 as CFO and will now be responsible for the overall operations of the company. Walter Berry, formerly COO, has joined Bollinger/Incat USA, a strategic alliance between Bollinger Shipyards, Inc., and Incat Australia Pty. 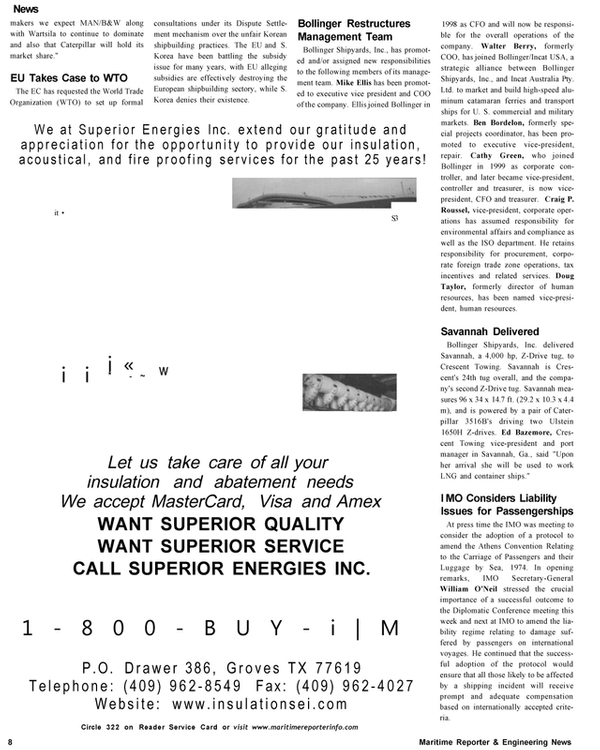 Other stories from November 2002 issue