N a p a O y Opens Office In Japan

The Representation Office in Japan is the first in a series of local representations the company envisages in the future, in response to expansion of its customer base in Southeast Asia. Napa Oy already has an agent in Korea, namely Global Maritime Engineering. As to marketing on the Chinese market, the company has co-operation with Net- point International, located in Shanghai.

The newly established Representation Office in Japan focuses on promoting the NAPA system through support to various marketing efforts in Japan, and on providing training and technical support services locally for present and future users of the NAPA system. 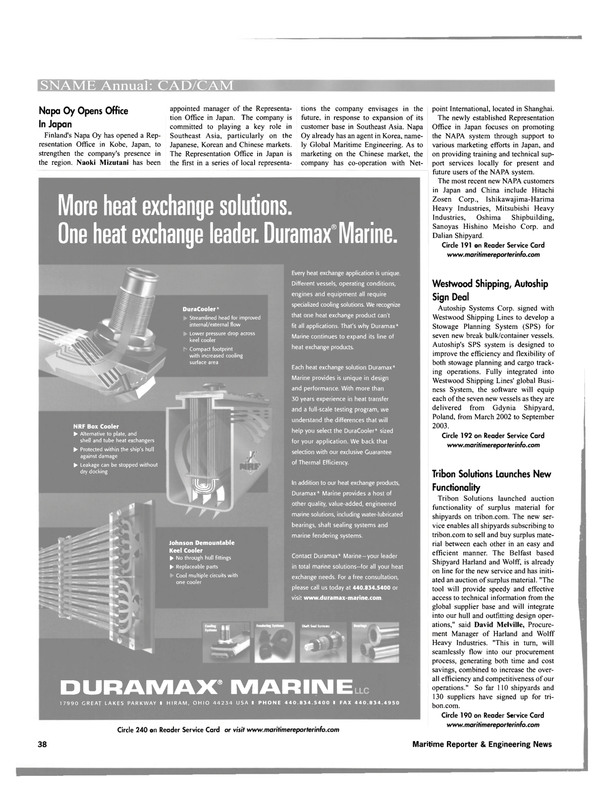