The world's largest diesel powered fast catamaran ferry has entered service for Spanish operator Euroferrys and is now working on a route between Algeciras in southern Spain and Ceuta the Spanish principality on the north African coast, across the strait of Gibraltar.

Euroferrys Pacifica is a 331 ft. (101 m) car ferry, which is the largest of Austal's flagship Auto Express type vessel and the largest high-speed catamaran in the world with diesel propulsion.

A new Austal design innovation is a hoistable vehicle deck, which runs the entire length of the vessel, maximizing the capacity to carry private vehicles and commercial/freight vehicles. This hoistable deck has four hydraulically operated sections, which can be operated together or independently and can be raised or lowered in less than one minute.

The Auto Express 101 also has a 15- ton axle load — an increase on the 12- ton axle load of previous vessels — and 3.5 meter lane widths as well as bow doors which allow full utilization of the 341 freight lane meters on board.

The vessel's total vehicle deck offers approximately 1,190 lane meters (including the 341 freight lane meters) and typical vehicle mix aboard the Euroferrys Pacifica would comprise 251 cars or 96 cars and 16 semi-trailers or 20 trucks.

The vessel will be operating for 14 hours a day during peak season, with two interchangeable crews working for seven hours each.

All servicing and maintenance work on the Caterpillar engines will be carried out by engineers from Spanish Caterpillar dealer Finanzauto who have established a special workshop within the port of Algeciras in order to provide scheduled maintenance work and 24- hour emergency cover to support the Euroferrys operation. 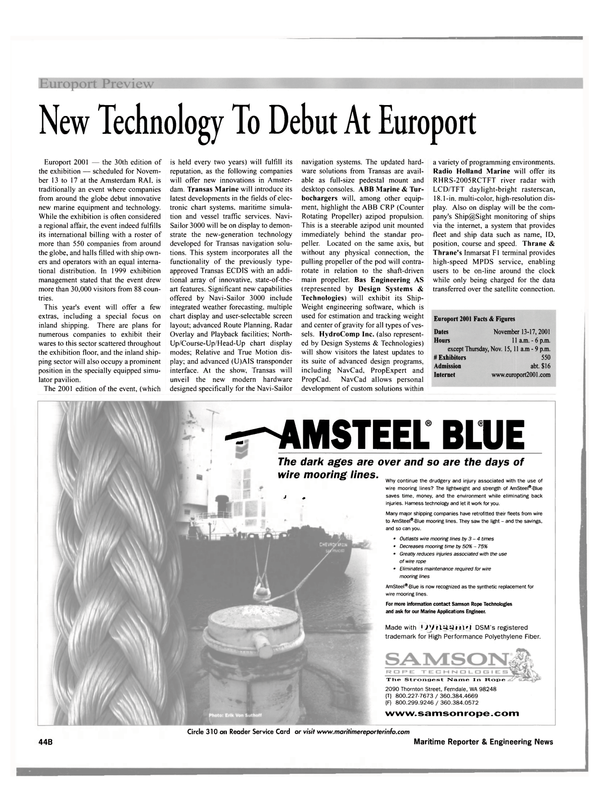