Kestrel, the second of two sister vessels to be leased to the Marcare Trust, will be chartered by International Marine Transportation Limited (1MT), a subsidiary of Exxon Mobil Corporation based in the UK. The joint venture, in which all three partners hold an equal share, was formed in December 1998.

Kestrel was built by Hyundai Heavy Industries and delivered at a naming ceremony today at Hyundai's Ulsan, Korea shipyard. The 307,000 dwt Kestrel is 1,100 x 190 x 206 ft. (335 x 58 x 63 m) from keel to masthead and can carry a cargo of 2.25 million barrels of crude oil worldwide. The ship's design, construction and capabilities exceed even the stringent tanker safety standards set out in OPA '90 and the IMO rules. Kestrel is equipped with such state-of-the-art facilities as automatic bridge controls for main propulsion systems, automated machinery and cargo systems, and onboard electronic charts. 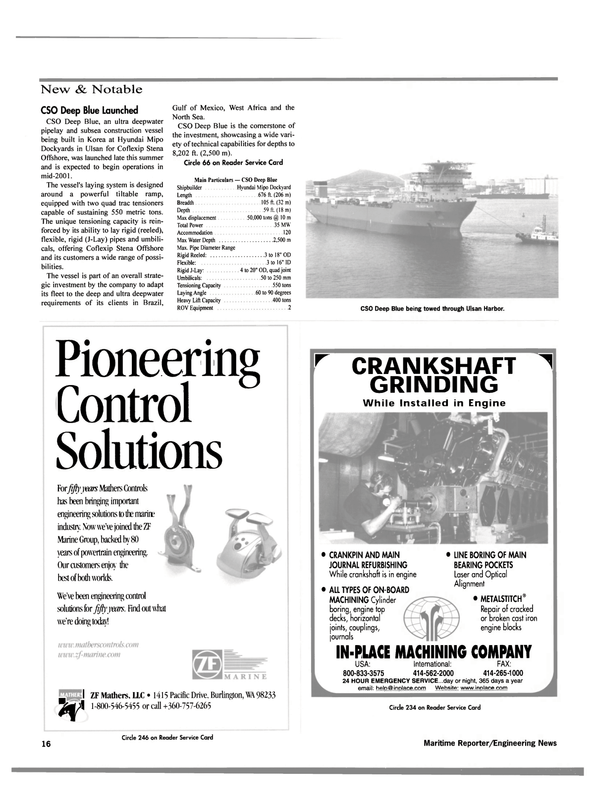