THE WORLD MERCHANT FLEET c o n - tinued to expand between 1989 and this year, and has reached the second highest level ever, latest figures show.

Annual statistics confirm that the fleet is set firmly in an expansion phase after six years of recession, between 1982 and 1988. By the end of June, the world fleet had risen to 423.6 million tons gross, an increase of 13.1m tons on the year.

The figures reveal that Liberia has overtaken Panama as the leading country of registration with 54.7m tons, but this level is still more than 30 percent down on Liberia's total of 80.3m.

Panama's fall and contraction of 8. lm tons in its flag fleet ended a period of strong growth which, despite the turnaround in 1989/ 90, has seen the fleet grow by 62 percent in ten years.

The fortune of the British fleet continues to dive with its 15th consecutive fall in tonnage to 6.7m tons. The U.K. has seen the largest fall of any of the major shipowning nations in its flag fleet over both five and ten-year periods, with losses of 53 percent and 75 percent respectively.

Of other European Community members, all except Denmark and Luxembourg with their minimal i n c r e a s e s , show a decline over the last five years.

Apart from the U.K., France has been particularly badly hit, losing half its tonnage.

Germany had the most modern fleet at the end of June—69 percent of the fleet was less than ten years old, followed by Japan with 66 percent. 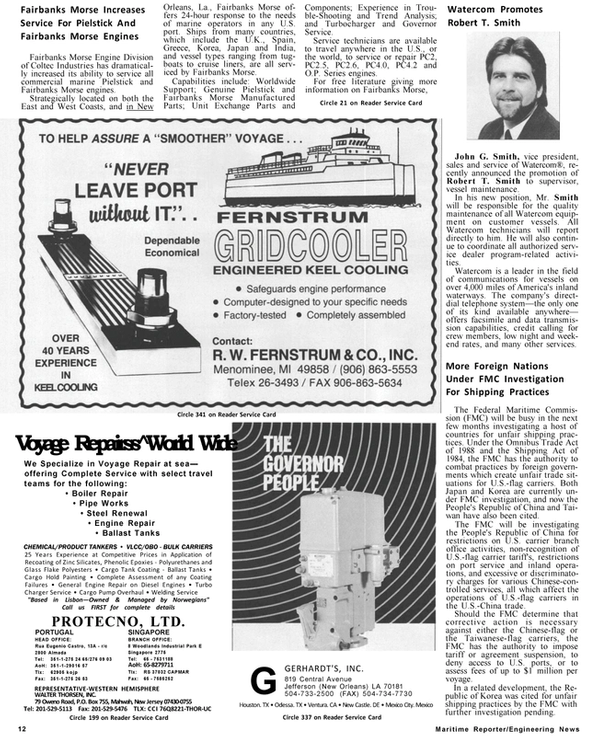