The Federal Maritime Commission (FMC) will be busy in the next few months investigating a host of countries for unfair shipping practices.

Under the Omnibus Trade Act of 1988 and the Shipping Act of 1984, the FMC has the authority to combat practices by foreign governments which create unfair trade situations for U.S.-flag carriers. Both Japan and Korea are currently under FMC investigation, and now the People's Republic of China and Taiwan have also been cited.

The FMC will be investigating the People's Republic of China for restrictions on U.S. carrier branch office activities, non-recognition of U.S.-flag carrier tariff's, restrictions on port service and inland operations, and excessive or discriminatory charges for various Chinese-controlled services, all which affect the operations of U.S.-flag carriers in the U.S.-China trade.

Should the FMC determine that corrective action is necessary against either the Chinese-flag or the Taiwanese-flag carriers, the FMC has the authority to impose tariff or agreement suspension, to deny access to U.S. ports, or to assess fees of up to $1 million per voyage.

In a related development, the Republic of Korea was cited for unfair shipping practices by the FMC with further investigation pending. 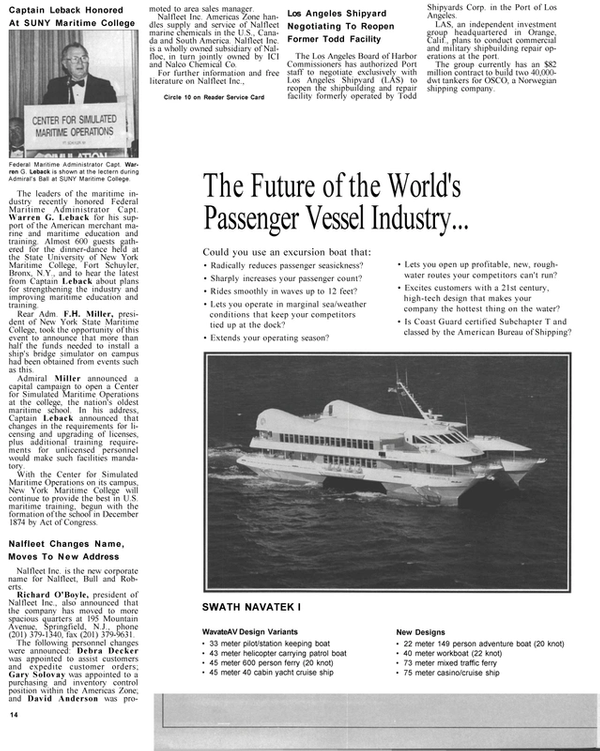