Harbor Dredging Begins To Pay Off

According to industry sources, the billions of taxpayer dollars spent on dredging America's harbors in the last four years are already paying off for U.S. coal exporters. But the full benefit will come in the future.

According to Joseph Lema, vice president of the National Coal Association, a Washington lobby group, "We are in great shape now." Referring to the harbor and channel deepening projects done since passage of the Water Resources Development Act of 1986, Mr. Lema asserts that U.S. coal exporters are more competitive with Australian and South African sellers, now that many projects are completed, or are near completion.

The reason is that the deeper channels allow the buyers and sellers of U.S. coal to hire large ships capable of carrying huge volumes of cargo in a single voyage.

Mr. Foster said, for example, "In Baltimore right now we have 41 feet of fresh water" as the depth in the channels connecting the coal piers at Curtis Bay and Sparrows Point to deep water. "But we are loading to 41 feet 6 inches, since we have brackish water," the salt content of which makes the ships more buoyant, he said.

Mr. Foster explained that just an extra few inches in the draft of the vessel can make a big difference to the ship operator. Each vessel carries a customized chart showing the relationship between tons of cargo carried and how much water the ship draws.

This measure, known in maritime circles as "tons an inch," can amount to 300 tons an inch on a socalled Cape Class vessel—those too large to transit the Panama Canal, Mr. Foster said. 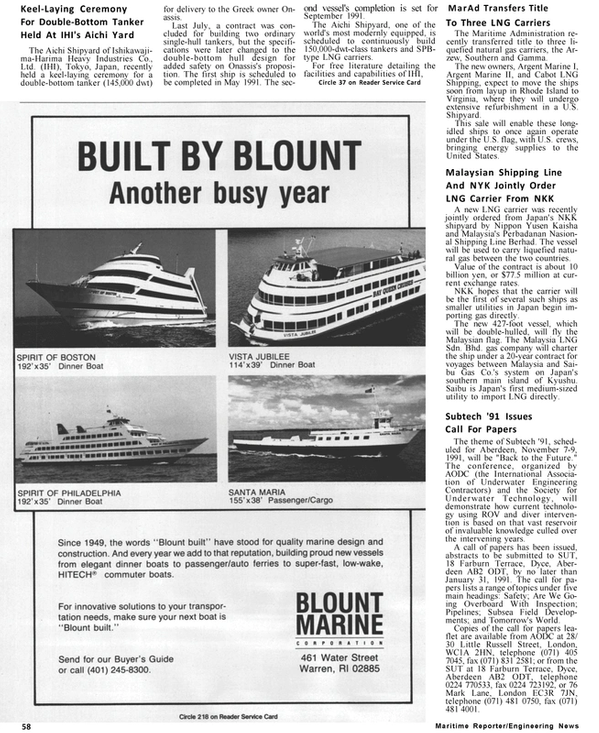