Skaarup Shipping Corporation of Greenwich, Conn., has announced a number of organizational changes at the executive level.

B.O. Larsen, president, has retired, effective January 1,1988, William O. Gray, formerly of Exxon Corporation, who joined Skaarup in September 1987, will assume the responsibility of the ship management and operations function as executive vice president. Capt. L.C. Tzou has been promoted to senior vice president in the ship management and operations division.

Vagn Fausing, who has been with the organization since December 1986, has assumed the role of executive vice president of contracts and commercial administration in the middle of last year.

Other recent changes in the organization include the promotion of Richard Livingston, Hideo Hara, and Donald Frost to the vice president level, and Vernon C. Miller to vice president and counsel. Stig Farup will remain senior vice president, and Frank Parker treasurer. 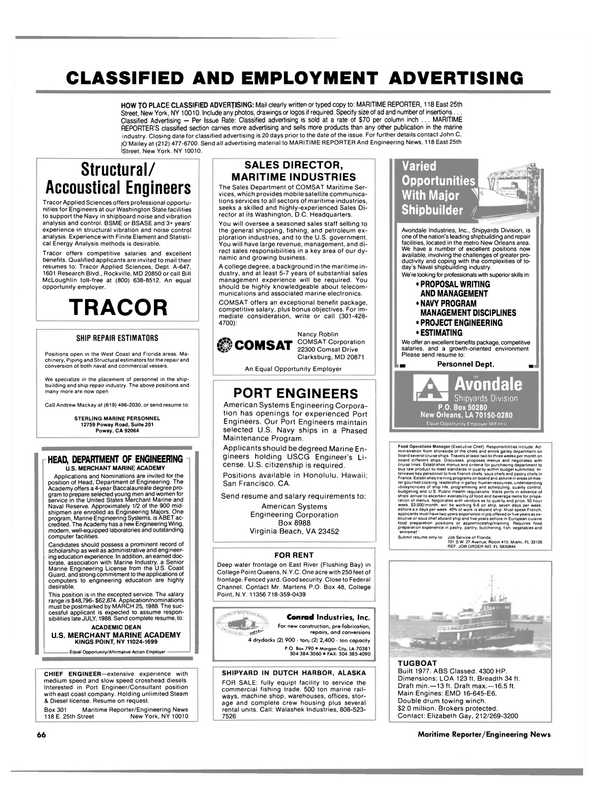