Bender Shipbuilding & Repair Co., Inc., Mobile, Ala., has been awarded a $1.292-million contract by the U.S. Navy for the conversion and regular overhaul of YFU-79 (self-propelled harbor utility craft) to HLT-1 (helicopter landing trainer) with redelivery to the Navy in March 1986. Some of the modifications include having the bow ramp welded in the closed position and operating equipment removed, all asbestos removed, and the pilothouse and accommodations located aft are to be modified and relocated forward.

In addition, Bender has been awarded a $3.2-million contract by the U.S. Army Corps of Engineers, Vicksburg District, for the major conversion from steam powered to SCR diesel-electric to the dredge Jadwin. The routine overhaul and maintenance work will be performed concurrently. The duration of this project will be approximately six months. 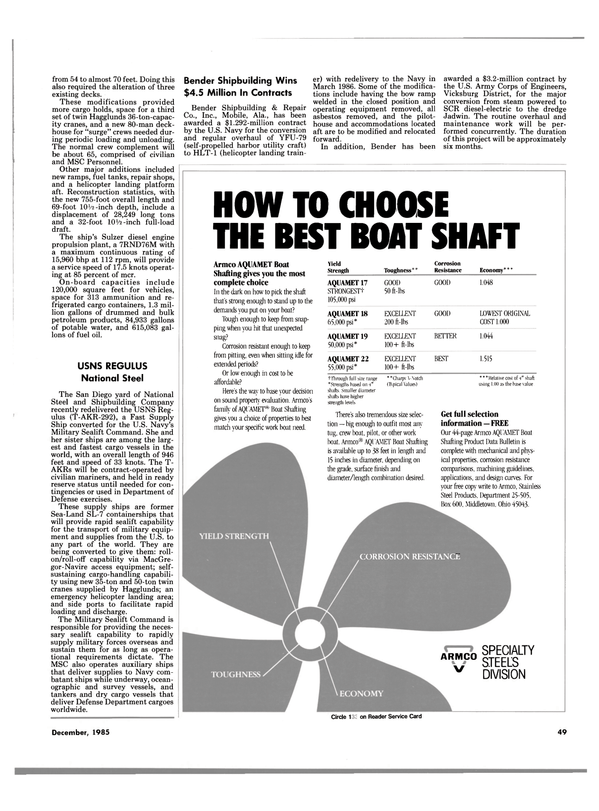