Valmet's Helsinki Shipyard recently launched its first passenger vessel, the Birka Princess being constructed for Birka Line Ab of Mariehamn, Finland. The ship's sponsor was Mrs. Runa Lundberg, wife of Birka managing director Gunnar Lundberg. After delivery in the spring of 1986, the Princess will replace the ferry Prinsessan, built by Wartsila in 1966 and modernized in 1980.

The Birka Princess is a true cruise liner, unlike the numerous passenger/ car ferries operating on the Baltic.

She has only a small car deck at the stern that will accommodate six coaches and 50 private cars, or 75 cars, with access via a side ramp.

The new liner has an overall length of 469 feet, beam of 81 feet, depth to Deck 11 of 100 feet, and draft of 18.4 feet. Main propulsion will be Wartsila-Vasa diesel engines with a total output of 23,600 bhp, driving KaMeWa propellers via Valmet reduction gears. Cruising speed will be 18 knots.

The standard of the accommodations, which will provide for 1,500 passengers in 500 cabins, will be superior to those of the latest ferries in the Baltic, achieved by skillful detail work and selection of materials, and several refined details such as in the lighting system.

Efficient space utilization and clear general arrangement is achieved by well-considered architectural solutions. The marine surroundings are brought close to the passengers by special panorama windows in the a la carte restaurant and dancing restaurant aft, and in the cocktail lounge and one of the big conference rooms forward.

The main targets in the design of the Birka Princess were economical operation, operational safety, easy maintenance, and a high level of automation. Machinery is controlled by Valmet's Damatic ship automation system. The corporation's other units are also well represented among the suppliers. Valmet's Tampere Works provided the six passenger and service elevators, and the reduction gears were supplied by the Rautpohja Works.

Valmet has developed a totally new cabin construction method, with cabin wall elements completely fabricated in the factory. The units will be fitted with all needed details, including furniture fastenings. This method will insure the highest quality and a neat appearance. All elements are light, solid, easy and fast to erect, and will insure the best possible sound insulation between cabins. 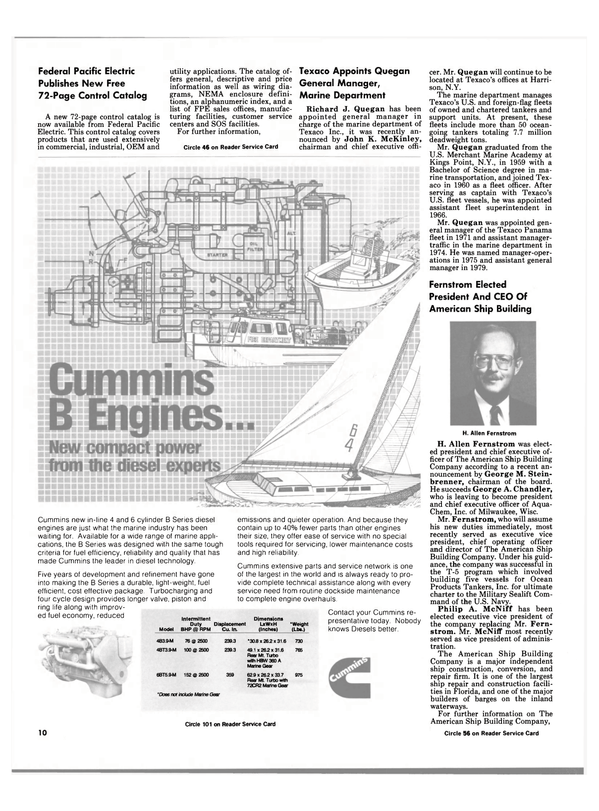