"It is hoped that negotiations can be finalized along with fulfillment of certain conditions and necessary regulatory approvals by year end," Mr. Amoss said.

Mr. Barer said: "Our acquisition will substantially broaden and increase TRC's investment in the future of the American-flag Merchant Marine. We believe in that future and that Lykes is ideally positioned to enhance its transportation activity in both the Pacific and Atlantic." 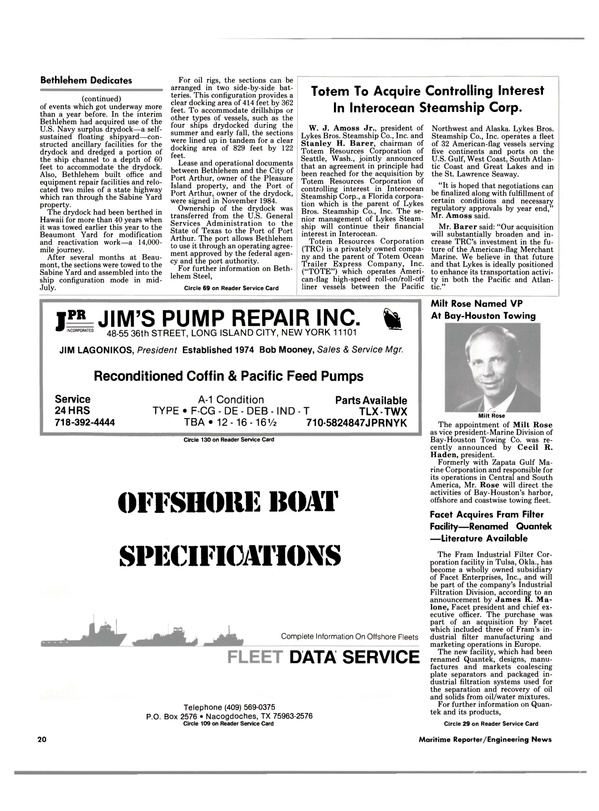