The U.S. Coast Guard has completed the installation in New York Harbor of the Inogon Leading Mark, a single station, short-range optical guidance system that directs vessels safely and accurately through narrow channels.

The system, which had previously undergone testing by the Coast Guard's Research and Development Center in Groton, Conn., is now fully operative in one of the nation's busiest commercial shipping lanes—the Constable Hook channel between Staten Island, N.Y. and Bayonne, N.J. in New York Harbor.

According to Inogon Corporation president Robert J. Axel, whose company supplied the device, the system uses a lighted moire optical effect to give a ship's pilot clear, easy-to-understand continuous indications of a ship's position with respect to the center of the channel; and precise information about how the ship should be steered to maintain its centerline position. It is usable by incoming pilots from as much as 35 degrees off center.

"The operation of the Inogon Leading Mark System," said Mr. Axel, "is based upon an optically safe visual effect caused by changes in the pilot's angle of vision. Light projected through two closely spaced superimposed lens gratings on the face of the beacon create an opaque black visual pattern on a brilliantly lighted background." Mr. Axel added, "So long as the ship is in the center of the channel, the pilot will see a single black vertical line in the center of the Inogon Leading Mark. If the ship strays to the port or starboard of the centerline, the pilot will see a pattern of arrows pointing in the direction required to correct the position. The density of the arrow pattern indicates how large a correction should be made, as well as the rate of deviation from or toward center." Inogon Leading Marks have no moving parts or electronic components, and operate automatically without requiring any onboard equipment.

They have been tested and approved for use in harbors, canals and channels by many European regulatory authorities, including the Swedish Administration of Shipping and Navigation and the West German Seezeichenversuchsfeld.

For additional information on the Inogon Leading Mark, Circle 26 on Reader Service Card 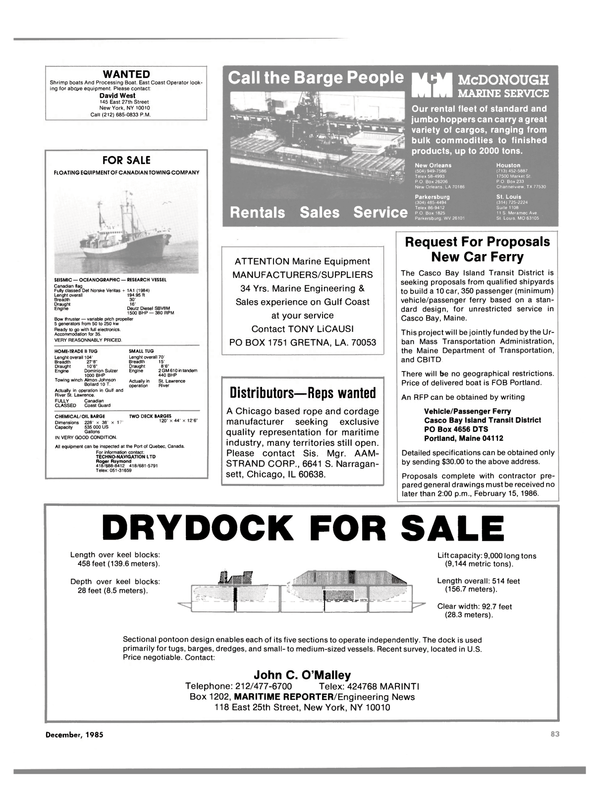