"The GRiD computers add a new dimension to our BUSISHIP package," said NAV-COM president Gerald A. Gutman. "It is a truly remarkable advance in the state-ofthe- art in computer miniaturization, offering a unique combination of power, portability, ruggedness and versatility. These attributes make them ideally suited for the computing and data communications requirements of the marine and offshore industries," he added.

The GRiDCase portable computer, which has a magnesium casing, weighs 12 pounds and fits into a standard-size briefcase. The 16-bit computer is IBM-PC compatible and can communicate with a wide assortment of personal computers and mainframes. It can be configured for up to 512K RAM and 512K ROM, and a 10 MB hard disk drive is available as an option. A built-in rechargeable battery pack permits the computer to be used without external power. An optional 1,200- bps internal modem links the GRiDCase computer into telephone lines or satellite voice channels for data exchange.

GRiD computers have been field tested and are currently in use for a variety of applications ranging from U.S. warships to offshore oil rigs and even on board space shuttle missions.

NAV-COM Incorporated is a leading U.S. marine electronics firm specializing in the integration of complex communications, navigation and information systems. It is a wholly owned subsidiary of the Magnavox Government and Industrial Electronics Company.

For further details and literature on GRiD computers, Circle 75 on Reader Service Card 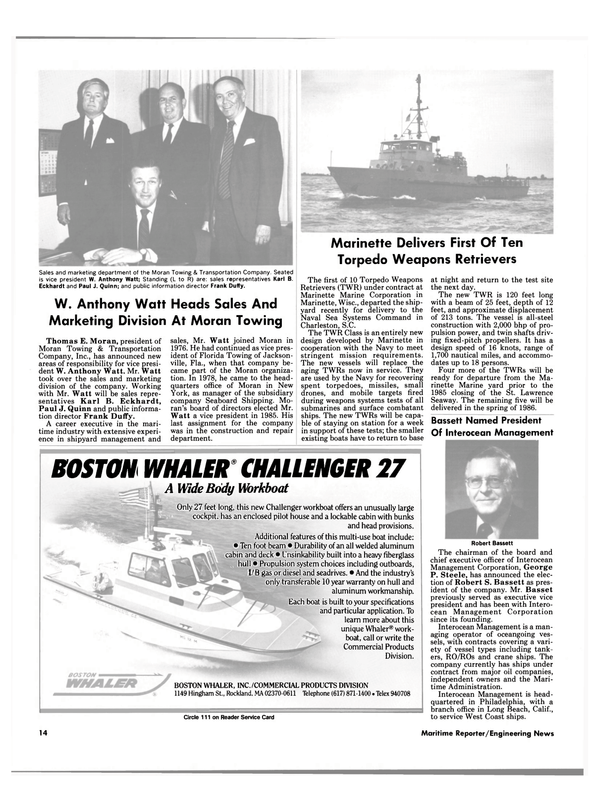