A contract valued at $115 million has been awarded by Cunard Line to Lloyd Werft of Bremerhaven, West Germany, to convert the luxury liner Queen Elizabeth 2 from steam to diesel propulsion. According to Trafalgar House, Cunard's parent company, no British yard was able to tender for the contract.

Cunard has insisted, however, the German yard must buy some $37 million worth of British equipment for the conversion.

The 67,000-grt QE2 will be taken out of service for six months beginning on November 1,1986, resuming service with her new diesel propulsion plant in May 1987. The ship will be fitted with a M.A.N.-B&W diesel-electric system that will produce a service speed of about 28 knots. Cunard hopes that the new plant will provide big savings over the $28-million annual fuel costs of the steam turbine engines. In addition to the engine retrofit, passenger accommodations will be altered and crew quarters renovated. 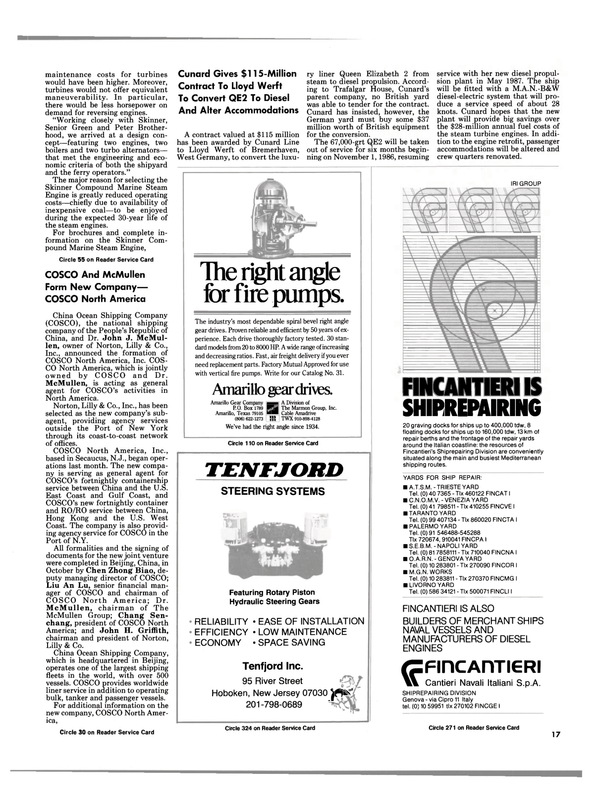