Through competitive bidding for the contracts, these ships were awarded at a total savings of $243,000,000 below President Reagan's FY-85 budget request.

Secretary Lehman said that he is extremely proud of the ability of the U.S. Navy to fulfill the Reagan Administration's objective of a modern, combat-ready 600-ship fleet while, at the same time, introducing to the government procurement process reforms that have achieved savings. The Secretary predicted that continued emphasis on the competition and sound business management will enable the Navy to achieve still more savings in future ship and aircraft procurement. 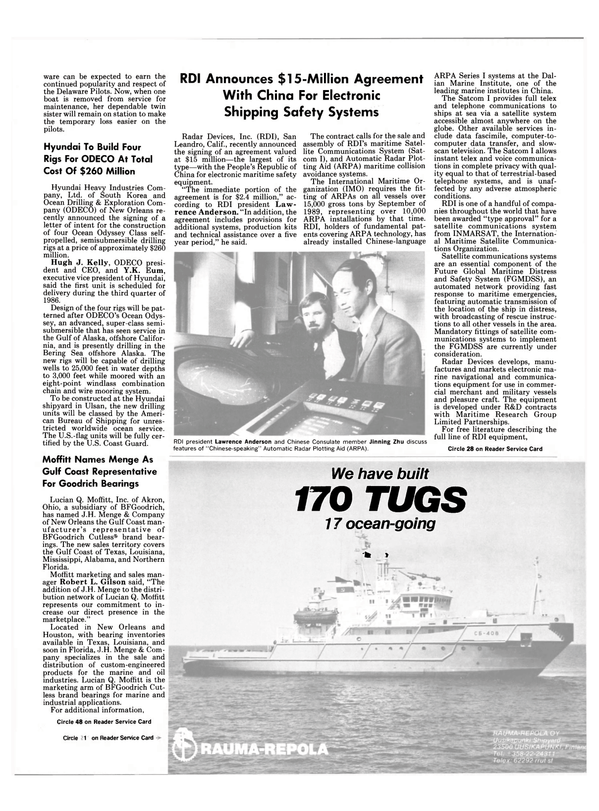