WABCO Westinghouse of Hannover, West Germany, is offering a free 34-page booklet titled "Controls for Ships" that gives information and working data on the pneumatic and electric control of marine propulsion systems. The booklet, which is illustrated with drawings, diagrams, tables, photos, etc., is divided into five easy-to-read sections.

Section One is a preface that gives a brief history of the development of pneumatics, mentioning that a special field of application is the pneumatic and electric control of marine propulsion systems, and the WABCO Westinghouse Hanover has a manufacturing program of devices that can solve nearly all problems of control technique, satisfying all requirements of the modern marine plant in technical, functional and economical respect.

Section Two discusses the importance of correct handling and treatment of compressed air to ensure the safe functioning of pneumatic control systems, and gives instructions for filtering, draining, antifreezing, and oiling.

A catalog of devices for remote control systems on ships is given (with drawings) in Section Four, and Section Five contains a list of worldwide representatives of WABCO Westinghouse, with addresses, telephone, and telex numbers.

For a free copy of the WABCO Westinghouse booklet "Controls for Ships," Circle 58 on Reader Service Card 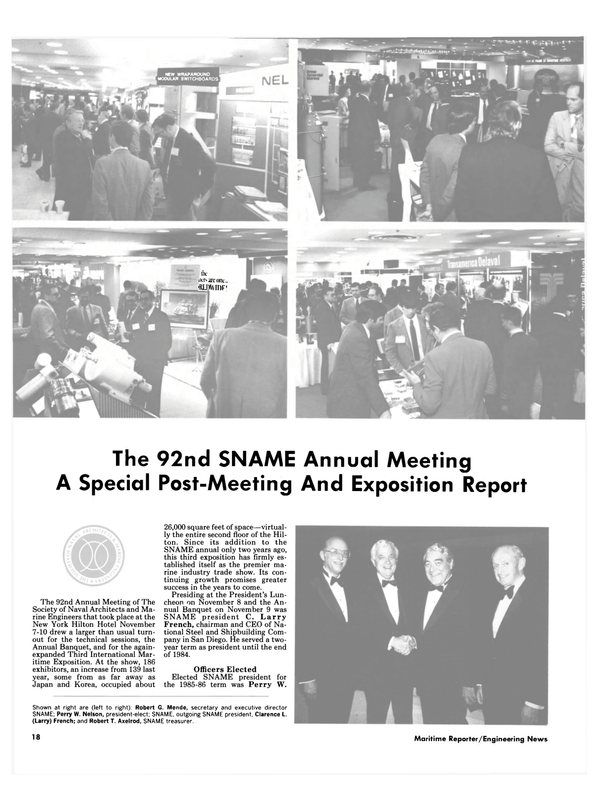