—Literature Available Torpedo self-polishing copolymer (SPC) paints have been selected by Cable & Wireless (Marine) Ltd. to provide anti-fouling protection on its latest cable ship, the 6,133-gt Pacific Guardian. Three coats of Torpedo SPC, at 100 microns each, have been applied to the vessel's underwater hull from the keel to the load draft to provide up to three years of protection against fouling by marine growth.

In addition to being a highly effective anti-fouling, the Torpedo SPC system from Ameron Torpedo Marine Paints also provides a progressively smoothing hull surface, resulting in greater fuel efficiency during the vessel's operation.

Costing in excess of 18 million pounds and reputed to be the most advanced cable ship ever built, Pacific Guardian was launched earlier this year at the Neptune Yard of the Swan Hunter Division of British Shipbuilders in Wallsend. After delivery she will be stationed in Fiji to carry out maintenance work as required on the Australia/New Zealand/ Fiji/Canada telephone cable system.

In addition to supplying the antifouling system for the ship, the Torpedo contract also includes the supplying of paint systems for the entire vessel and her components.

For further information and free literature on Torpedo paints. 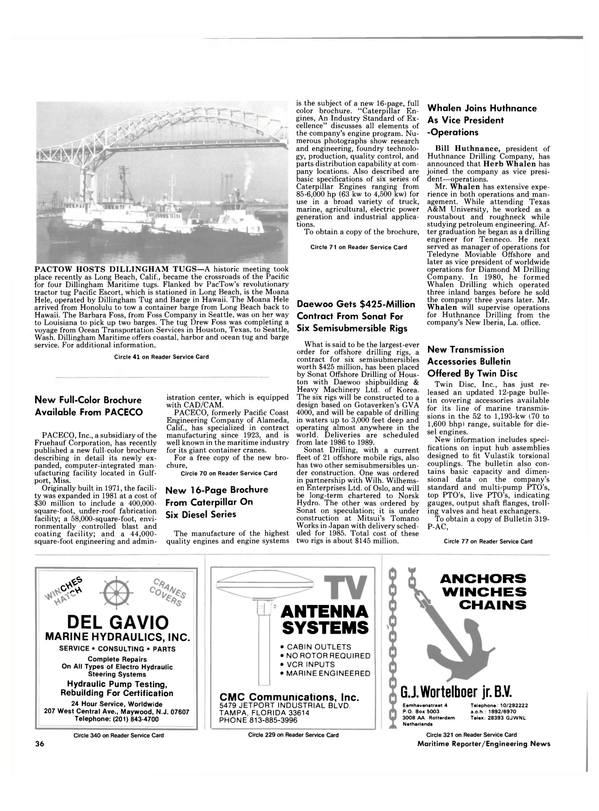