The Gary, completed 27 weeks ahead of contract schedule and well below cost, was originally presented to the Navy for delivery on October 26 but rejected due to installed equipment possibly containing incompletely tested microchips. As the results of comprehensive inspection, verification and analysis of installed equipment, closely coordinated between the Navy, related equipment suppliers, and Todd, coupled with an extended warranty on the part of the shipbuilder, resolution of the potential problem was achieved to the Navy's satisfaction.

The Gary is the 14th in the series of 17 frigates currently under contract at Todd Los Angeles, the only private shipyard on the West Coast qualified to design and construct major surface combatants. The 14 ships have been completed a total of 83 weeks ahead of schedule.

Todd Shipyards Corporation, one of the nation's largest independent shipbuilding companies, operates other yards in or near Seattle, San Francisco, Galveston and New Orleans. 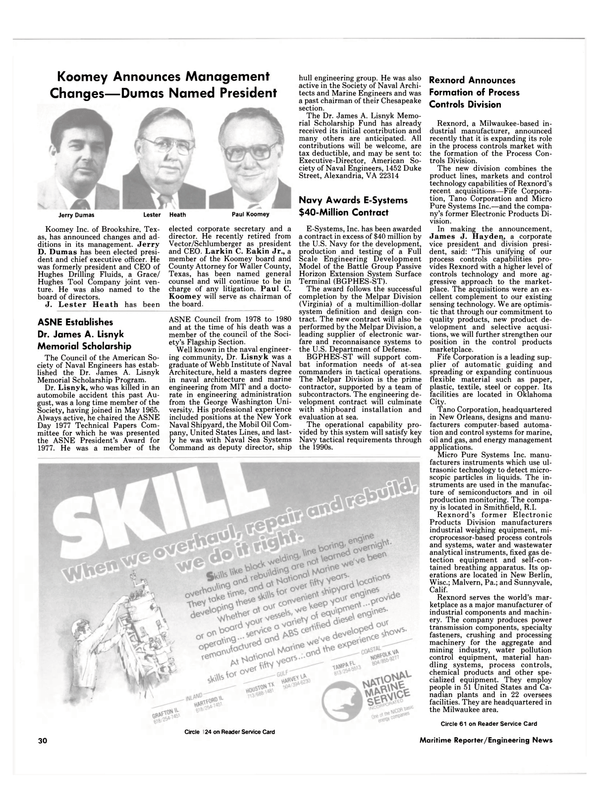