Keel-laying ceremonies were held recently for the Henry J. Kaiser (TAO 187), the first of four fleet oilers currently under construction for the U.S. Navy at Avondale Shipyards in New Orleans. The keel-laying occurred almost six weeks ahead of schedule and consisted of six structural units totally outfitted, final painting, welded in place and weighing over 700 tons.

The mission of the T-AO 187 Class Fleet Oilers is to transport bulk petroleum products from shore depots to combatants and support forces underway and to deliver limited fleet freight, cargo water, mail and personnel. The vessels of this class will have a cargo oil capacity of 180,000 barrels in 18 cargo oil tanks and will be capable of simultaneously receiving, storing and discharging two separate grades of cargo fuel (JP-5 and DFM). All cargo pump and valve operations and the ship's segregated ballast system are to be controlled from the cargo control center which is located in the after superstructure with an overview of the entire underway replenishment (UNREP) deck. The T-AO 187 class vessels are capable of vertical replenishment (VERTREP) from a helicopter facility behind the aft superstructure.

The oilers will be 667 feet 6 inches in length, 97 feet 6 inches in beam and will have a 36-foot maximum draft. They will be powered by twin, medium-speed Pielstick diesel engines and will be capable of a service speed of 20 knots.

The Henry J. Kaiser is scheduled for delivery in September 1986 with her three sister ships following at four month intervals. The ahead-ofschedule keel-laying and its extent are attributable to the use at Avondale Shipyards of state-of-the-art zone outfitting construction techniques.

Keel-laying at Avondale signals the start of the erection of completely outfitted units whose fabrication was begun many months earlier.

Avondale Shipyards, Inc. is a wholly owned subsidiary of the Ogden Corporation. 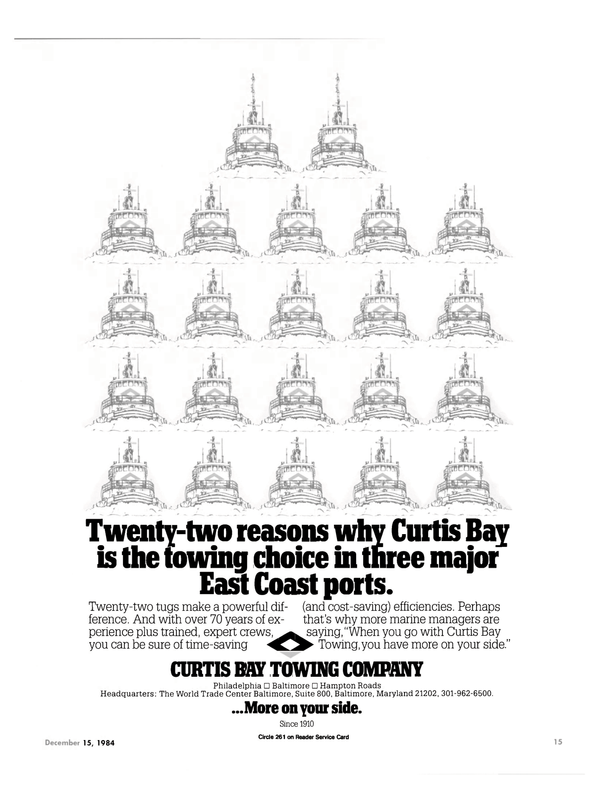