Joseph J. Cuneo, president of Energy Transportation Corporation (ETC) of New York City, has announced the appointment of Nicola F. Pergola as manager-marine personnel. His responsibilities will include the manning of licensed and unlicensed crews for the company's fleet, and negotiation of labor contracts for the seagoing personnel.

Mr. Pergola began his career at sea with American Export Lines, and the past 11 years of his 35 years in the maritime industry have been with ETC, most recently as manager- guarantee claims. He was responsible for early design approval and operation, concentrating primarily on technical aspects. 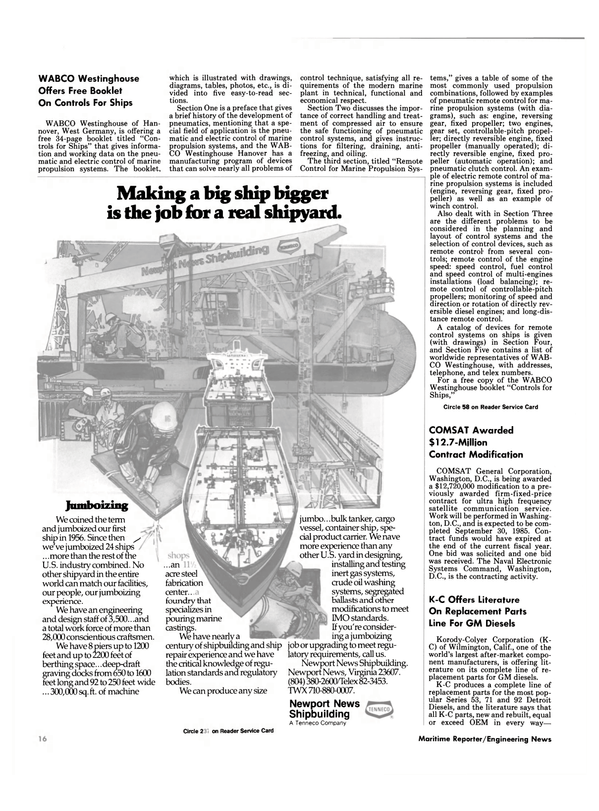