Thomas C. Magliocca, marine manager of Atlantic Cement Company of Ravenna, N.Y., has been elected to a one-year term as general chairman of the Marine Section of the National Safety Council. A veteran of more than 30 years in the maritime industry, he succeeds Richard L. Fox as head of the Section, which coordinates and helps promote worker safety in the broad range of marine industry activity throughout the U.S. Mr. Fox will now serve as chairman of the Advisory Committee.

Mr. Magliocca has been with Atlantic Cement since 1963 and presently is responsible for total operations of the marine department.

A 1953 graduate of the State University of New York Maritime College at Fort Schuyler, he had prior service with American Export Lines, General Electric, and Bethlehem Steel's shipyard in Quincy, Mass. 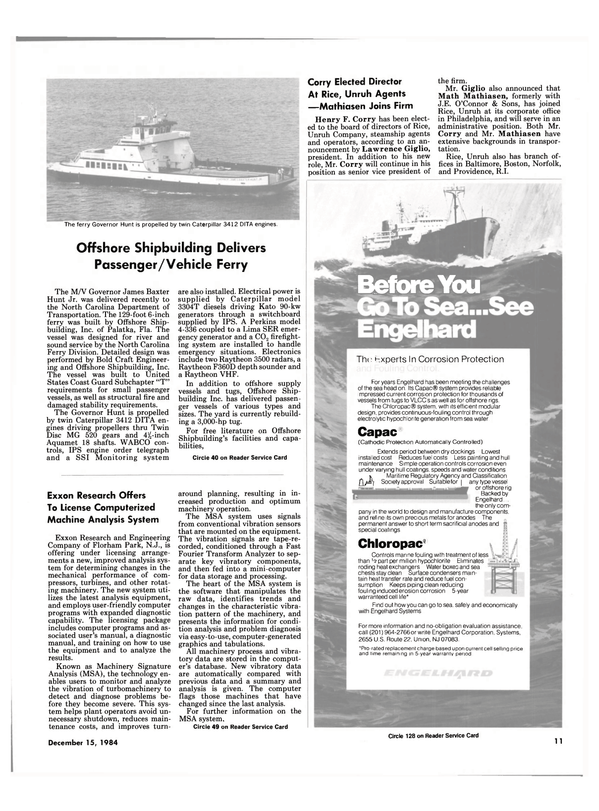