—Literature Available Alexander Industries, Inc., based in New Orleans and Lafayette, La., and Houston, is the exclusive Gulf Coast distributor for Imperial Manufacturing, maker of the Imperial survival suit. According to Alexander Industries president Roy Perrin, Imperial is one of the largest manufacturers of survival suits in the U.S. "We are especially pleased to now offer our customers the complete line of Imperial survival and underwater diving suits," he said.

Hypothermia is a very real danger on offshore platforms and in abandon- ship emergencies in cold water conditions. More than 200 people have documented their being saved from the killing effects of hypothermia by the Imperial suit. Throughout the world, more than 50,000 of the suits are in use.

In a water temperature of 32.5 F, an unprotected person would survive only 15 minutes or less; with an Imperial Suit, the survival time increases to 18 hours or more. The one-piece suit can be donned over the bulkiest clothing in less than 60 seconds. 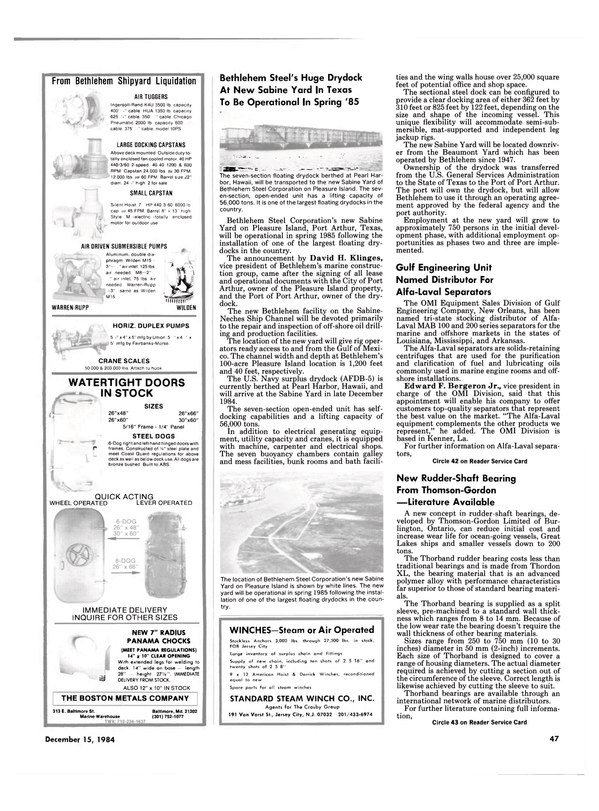