The Canadian Shipbuilding and Ship Repairing Association has announced that plans are complete for the 37th Annual Technical Conference to be held at the Queen Elizabeth Hotel in Montreal on Monday and Tuesday, February 18-19, 1985.

The meetings will begin Monday with all-day closed sessions for members only. This year's open sessions, starting Tuesday morning, will be simultaneous meetings, with speakers in two separate halls. One room will be for general topics and the other for specialized topics.

Each speaker will present a paper of between 15 and 20 minutes, followed by a general discussion and question and answer period.

This Annual Technical Conference, always held in Montreal, is by far the biggest and best-known CSSRA event, and is widely attended by members of the marine fraternity. The Annual Banquet will be held at 7:30 pm on February 19 in the Grand Salon. 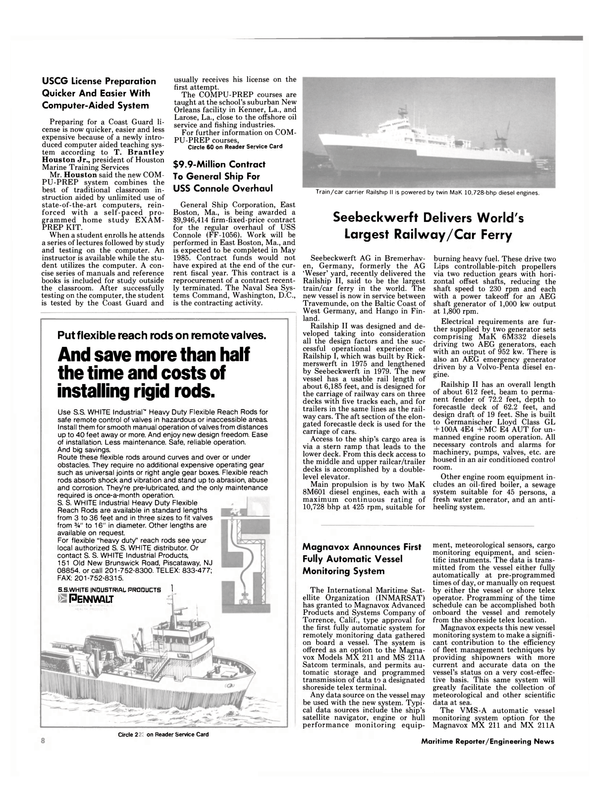