Worley Engineering has been awarded a contract for the conceptual design and detailed engineering of three new platforms to be installed on the Rough natural gas field off the Humber.

British Gas plans to turn the field into a storage facility with gas being taken from the national gas transmission system during periods of low demand in summer, pumped into the field reservoir and withdrawn in large quantities during time of peak demand for gas during the winter.

This scheme is part of an approximately $9.4 billion expenditure program being undertaken over a five-year period by British Gas — the very large part of which is aimed at improving availability of gas at times of peak demand. Worley Engineering's contract will involve 180,- 000 man hours and apart from detailed design will include preparation of bid packages for equipment as well as backup services through to and including commissioning of the three platforms —two drilling and one production.

Based in London and in Houston, Texas, Worley Engineering is the front end engineering wing of the William Press group with contracts throughout the U.K., Europe, Australia, the United States and the Middle East.

From their corporate offices in the United States, Worley Engineering Inc. has also announced two contracts worth about $10.81 million for Shell in Nigeria.

Worley is to provide engineering, procurement and construction supervision services as well as the supply of equipment for the two separate but basically identical gas processing plants.

Scallop Materials Services is a division of Scallop Corporation, a member company of the Royal Dutch/Shell Group. 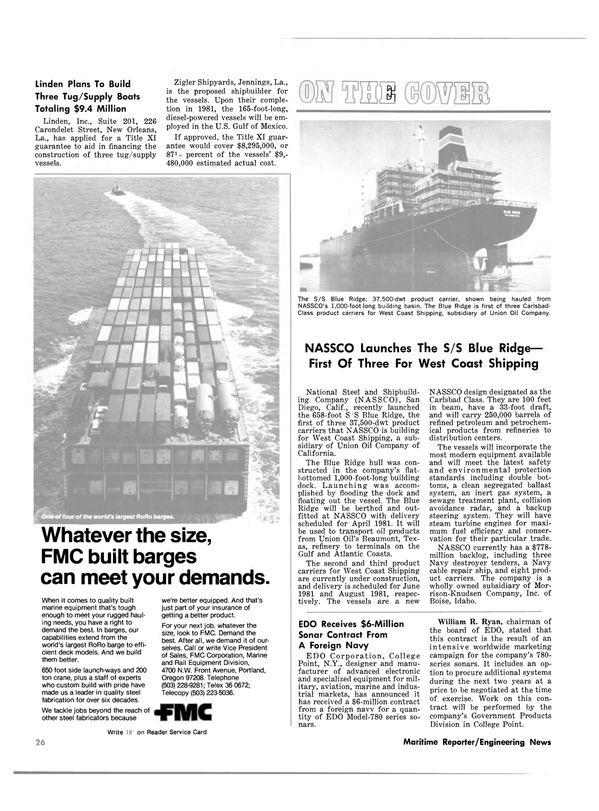