The American Association of Port Authorities concluded its 69th annual convention, held in Norfolk, Va., recently with the election of officers and directors for the coming year. Don Welch, executive director of the South Carolina Ports Authority, was elected president of the Association that represents ports in the Western Hemisphere.

O'Hara, director of port commerce for the Port Authority of New York and New Jersey, as president of the Association. 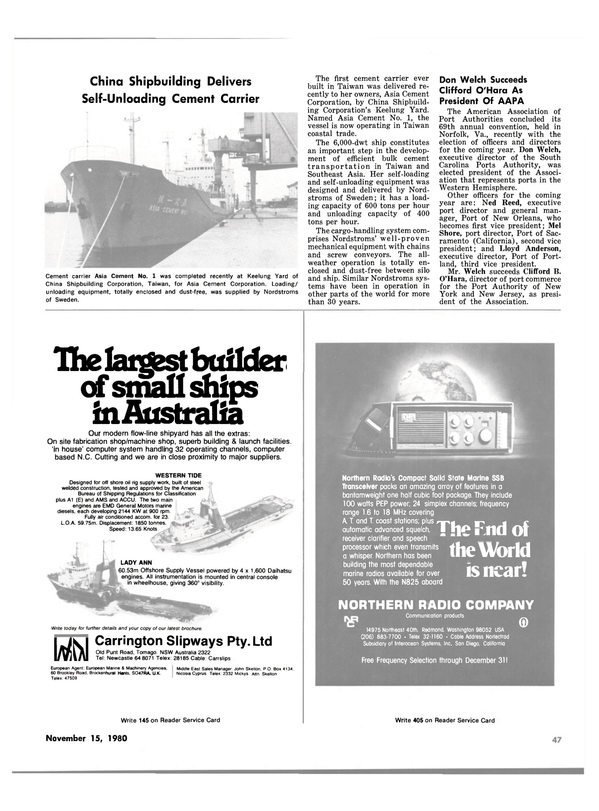