Wendle Huddleston of Morgan City, La., announced that his Pascagoula, Miss., company, Hudson Shipbuilders, Inc. (HUDSHIP), has marked its reentry into the towboat market with the recent delivery of the 70-foot towboat Belgian to Spanier Marine of New Orleans. Belgian was christened at the George Engine Company in Harvey, La., by Mrs. Nancy Gisclair, wife of Capt. Larry Gisclair.

The pilothouse has full allaround visibility and a 27y2-foot eye level. She houses an assortment of electronics equipment, including one Si-Tex Radar Model 22, two Modar 55-75 VHF radios, and one Lowrance Public Address System. Electronics was installed by Joe Guillory Electronics of Harvey.

The Belgian will work out of New Orleans and will service the Mississippi River and the intercoastal waterways. She is the second vessel HUDSHIP has delivered to Spanier Marine; the first vessel, the Clydesdale was delivered in January 1979. 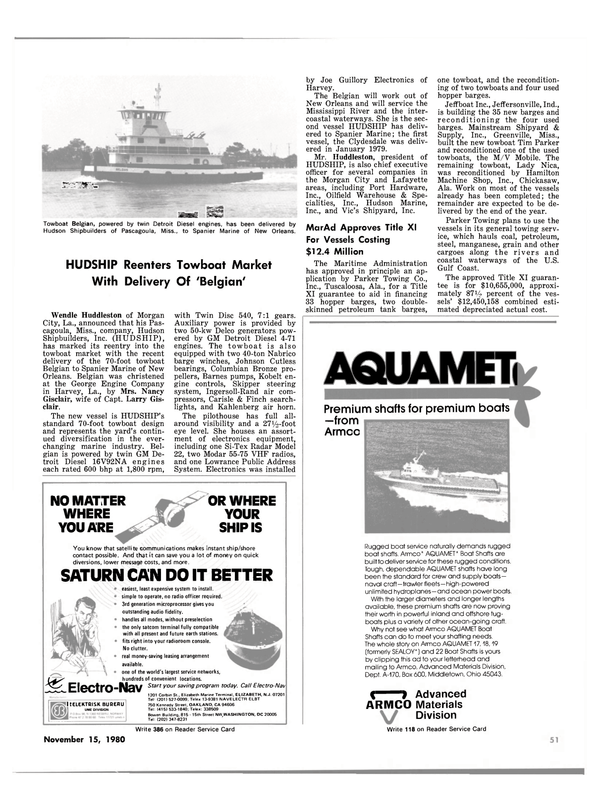