AWO Reports $2.9 Billion In New Waterways Plants In First Half Of 1979

More than 20,000 new jobs were created by 245 plantsites built or expanded along commercially navigable waterways of the U.S.' in the first half of 1979, according to an AWO survey. The 245 industrial facilities represent a 22 percent increase over the first half of 1978.

AWO records show that 99 of the facilities are metal-producing operations, 65 are petroleum and chemical installations, 13 are paper and wood-producing facilities, 10 are terminals, docks and wharves, and 58 are general manufacturing installations. 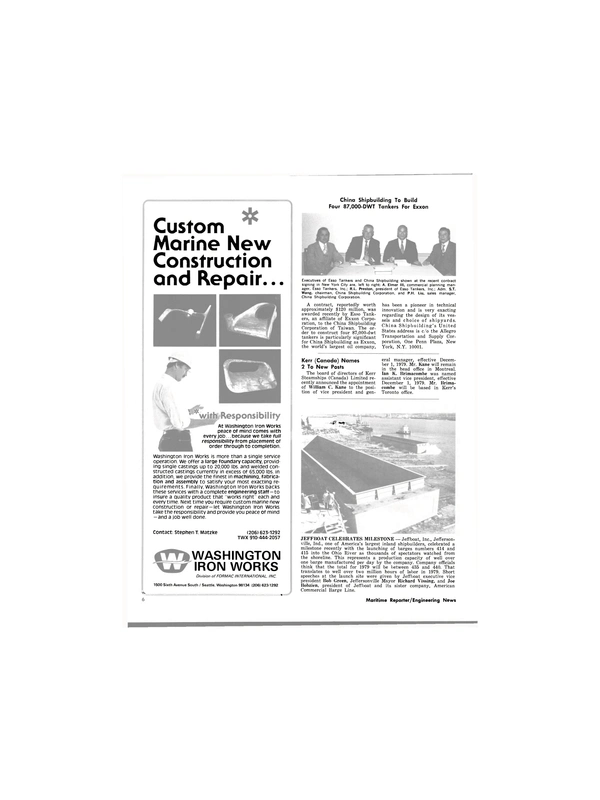 Read AWO Reports $2.9 Billion In New Waterways Plants In First Half Of 1979 in Pdf, Flash or Html5 edition of January 15, 1980 Maritime Reporter