Varo, Inc., Garland, Texas, has announced that it has signed an agreement in principle with lotron Corporation of Boston, Mass., providing for the merger of lotron with Varo.

lotron, located in Bedford, Mass., a Boston suburb, is a privately held, high technology company which was founded in 1969, and has developed and is manufacturing an integrated line of electronic navigation systems for oil tankers and other types of vessels.

The system automatically acquires and continually plots the courses and relative positions of ships and other obstructions in a given area, and displays this information on the ship's bridge so that a course can be steered to avoid collisions. The recently enacted Port Safety and Tank Vessel Safety Act empowers the Secretary of Transportation to issue regulations requiring collision avoidance radar systems to be installed on all tankers and large vessels utilizing U.S.

waters. Two hundred sixty-seven DIGIPLOTS have been sold, which is approximately 40 percent of all such systems sold to date.

Other lotron products include DIGINAV, a computerized integrated navigation system which automates all navigation functions, including fixing the DIGIPILOT, an automatic steering system which minimizes fuel consumption.

DIGIDATA, an optional recorder, can be attached to the system to continuously record all navigation data for later analysis. 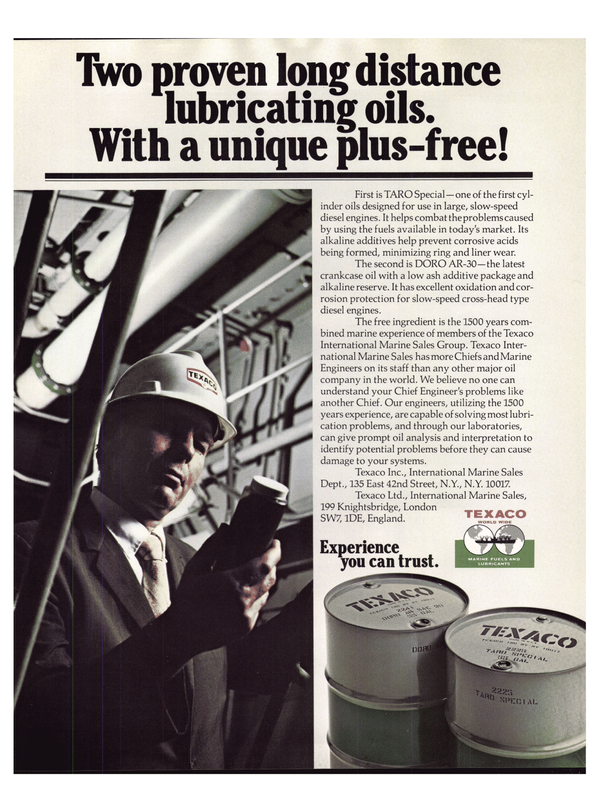