McAllister Brothers, Inc., 17 Battery Place, New York, N.Y., has placed an order with Main Iron Works, Inc. of Houma, La., for the construction of three 4,290-hp tugboats at a cost of $4 million. James P. McAllister, president, in announcing the contract award, said: "The addition of these new tugs to our fleet of 50 vessels is in direct response to the ever-increasing requirements for more power in all aspects of marine transport on the East Coast of the U.S., which we see as continuing in its importance as the location of major world ports." Among the most powerful and maneuverable docking tugs ever to operate in New York Harbor, the three new additions to the McAllister fleet achieve their power through twin diesel engines with Kort nozzles, which develop a thrust of 140,000 pounds of bollard pull. Maneuverability is gained through the combination of twin screws, the Kort nozzles, and two main rudders aft, and four flanking rudders forward of the nozzles.

"The principle of a fixed Kort nozzle operating in conjunction with two flanking and one main rudder results in the optimum steering system for a docking tug, according to naval architectural opinion voiced at the First North American Tugboat Conference in Vancouver, B.C.," Mr. McAllister pointed out.

This unique steering and propulsion system was originated in Europe with the development of the nozzle by Dr. Ludwig Kort. First use in the United States was on Mississippi River towboats. Mc- Allister's newer tugs have utilized this unique application since 1961, and the company will have 10 of its fleet so equipped with the delivery of the new 4,290-hp vessels.

The tugs, which will be used in New York Harbor and coastal work, join the 109-year-old towing company's fleet, which also operates in Philadelphia, Norfolk, Puerto Rico, the Great Lakes, and St.

The elevating pilothouses give a height-of-eye of 45 feet for greater visibility when handling the new superbarges.

A new application of hydraulic pumps and motors is being designed by McAllister for installation on the towing winches. The system will enable the tug to vary the speed of her winches without reducing their torque, for more efficient handling of tows.

Lawrence Mazerac Jr. is president of the 26-year-old Main Iron Works, one of the major builders of tugboats in the United States. 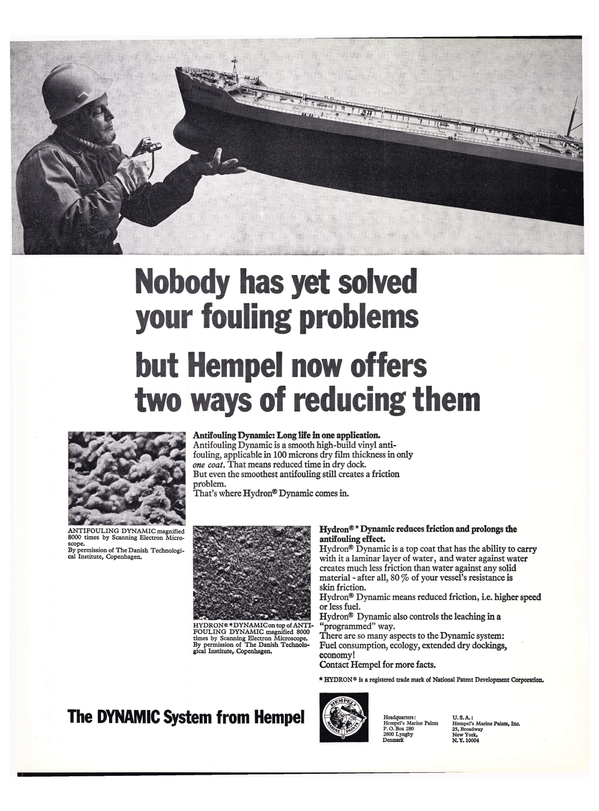