The election of Capt. Robert E.

Hart as president of the Marine Index Bureau, Inc., effective January 1, 1974, has been announced by the bureau's board of directors.

Bruno J. Augenti, who founded the bureau in 1937 and has served as its president for the past 35 years, will become chairman of the board and chief executive officer.

The bureau is the only commercial depository for data concerning personnel injuries and illnesses for the American merchant marine and affiliated industries. Its membership comprises employers of marine personnel on the deep seas, inland waterways, Great Lakes, harbors and rivers, as well as longshoremen, shipbuilding and ship repair workers and offshore drilling personnel.

Captain Hart has served as the bureau's executive vice president for the past five years. Prior to that, he served eight years as executive assistant to the president and chairman of the board of American Export Lines, Inc. In 1967, he was the line's management representative at conferences with American ambassadors and foreign ministers at Moscow, Bucharest and Sofia, prior to the visit of the first American-flag passenger liner S/S Independence to the Black Sea ports of Odessa and Yalta, USSR; Constanza, Roumania, and Varna, Bulgaria.

The bureau's new president served 20 years on active duty with the United States Navy and retired in 1961 with the rank of captain to accept employment with the American-flag steamship company.

While in the Navy, he served at sea aboard tugboats, cargo and transports, amphibious and battleships, and his shore assignments included the Military Sea Transportation Service during the establishment of the Arctic Operations, including the Dewline and Missile Lines of defense, as well as other assignments with Congressional and U.S. Government staff.

For the past two years, Captain Hart has served on the Ad Hoc Advisory Panel of the National Re- search Council's Maritime Transportation Board of the National Academy of Sciences. He is a member of the executive council of the 'New York World Trade Committee and has served as chairman of Maritime Day for the Port of New York World Trade Committee. 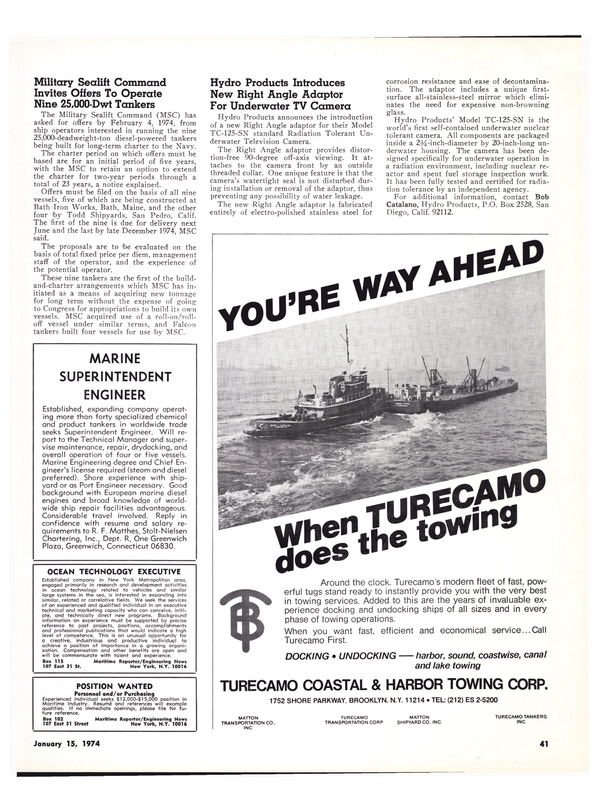