The board of directors of South African Marine Corporation (N.Y.) has announced the election of Charles B. Parkhill as president and chief executive officer of the shipping corporation. He succeeds F.A. Demarco who has retired from the presidency.

Mr. Parkhill, together with H.J.

Thieck and Capt. D.T. Breckon, both senior vice presidents and directors of the company, will comprise Safmarine's new executive committee.

having spent a lar^e portion of his steamship career in the U.S.

Gulf area. He attended the TTniversity of Florida in Gainsville.

Fla., and served as a pilot in the U.S. Army Air Force during World War IT.

Mr. Sette commenced his steamship career in 1961 with Safmarine, where he has worked in the operations, traffic and sales divisions. In 1972, he was appointed general sales manager. He attended Tona College, and served in the U.S.

Mr. Cooney joined Safmarine in 1966. He was general traffic manager prior to his new appointment.

Before that, he worked in accounting, operations, sales and traffic. A 1961 graduate of Hamilton College, he was with J.P. Stevens & Co., Inc. after active duty in the U.S.

Army. With Stevens, Mr. Cooney rose to regional manager of their Detroit office. 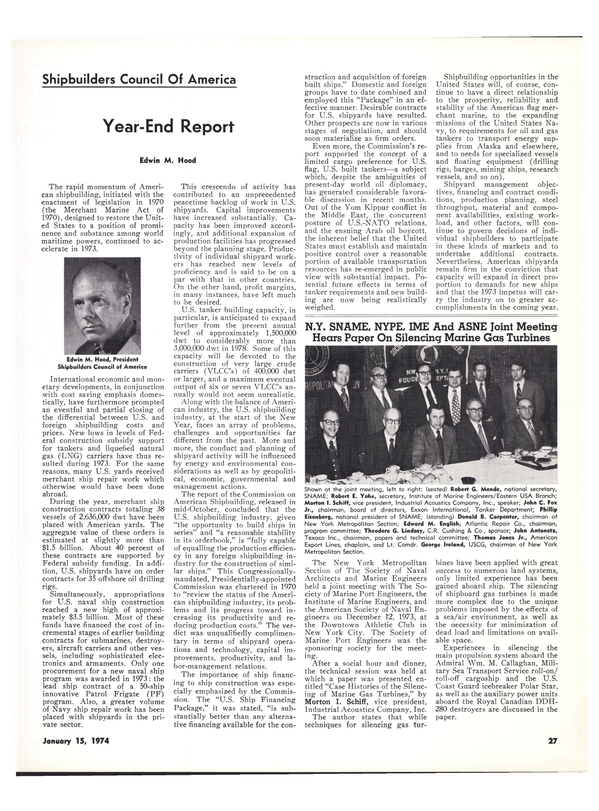