iXBlue will supply Quadrans fiber-optic gyrocompass systems for installation aboard the four new Tide Class tankers of the U.K. Royal Fleet Auxiliary (RFA). The systems to be supplied to Kelvin Hughes Limited will be integrated as a sub-system of the Integrated Bridge Systems for delivery to Daewoo Shipbuilding and Marine Engineering (DSME) in South Korea where the vessels are under construction.
The deliveries will comprise twin QUADRANS gyrocompass units, control and display and data distribution units (DDU) plus a comprehensive network of ancillary repeaters from U.K.-based Marine Data Limited.
www.ixblue.com

(As published in the January/February 2014 edition of Marine Technology Reporter - www.seadiscovery.com) 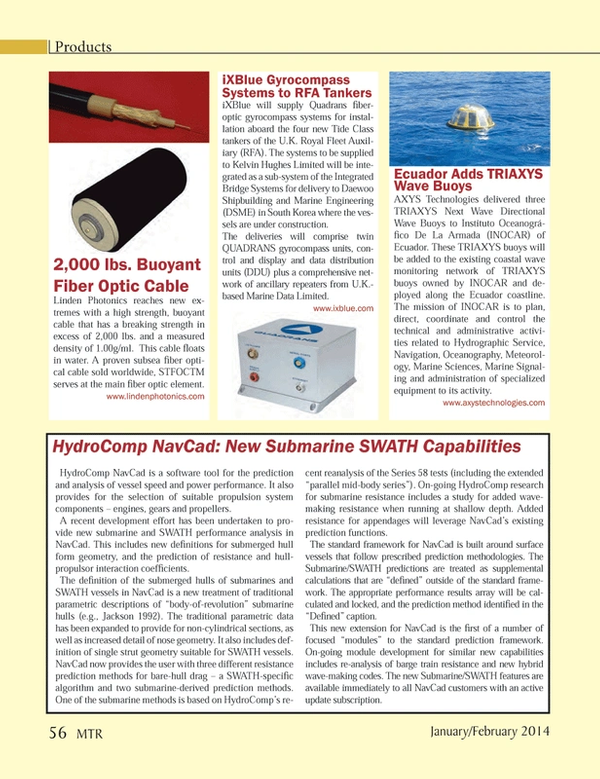