JonRie Marine Winches introduces its new Series “220” Double Drum Escort/Assist Winch currently be installed on the twin ship sets for Caribbean Tug-Z and the new Twin ASDs for Seabulk Towing. JonRie delivered its first three ship sets last year to Caribbean Tug-Z and Seabulk Towing. The fourth ship set to be delivered this spring to Seabulk Towing with a fifth  ship set being a larger version to be installed on the new Marine Towing of Tampa ASD this summer. All five ship sets feature JonRie’s Constant Tension (Active Heave Compensation)/Constant Scope systems.  All five tugs feature independent drives for each drum and JonRie’s standard foot pedal for hands free operation. Also featured on each drum are JonRie’s Tension read out system. The bow winches also share their Hydraulic Power Unit (HPU) with aft Capstans and Towing Winches.
The winches were originally designed for Submarine Docking but now are being used to handle barges and as a redundant line on all ship Assists and Escort Work the tugs will be involved in. This type of redundant line tethered to the ship is standard on the Panama Canal. All ADSs should be in service by the start of 2014.
www.marinewinch.com

(As published in the January/February 2013 edition of Marine Technologies - www.seadiscovery.com) 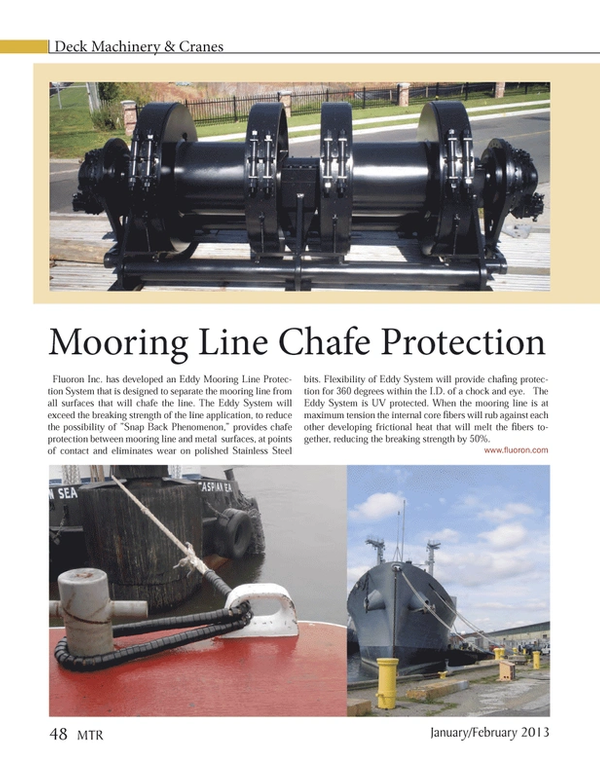