Marine News looks back at the past 12 months and showcases the best of North America’s workboat design shop and shipyard output. 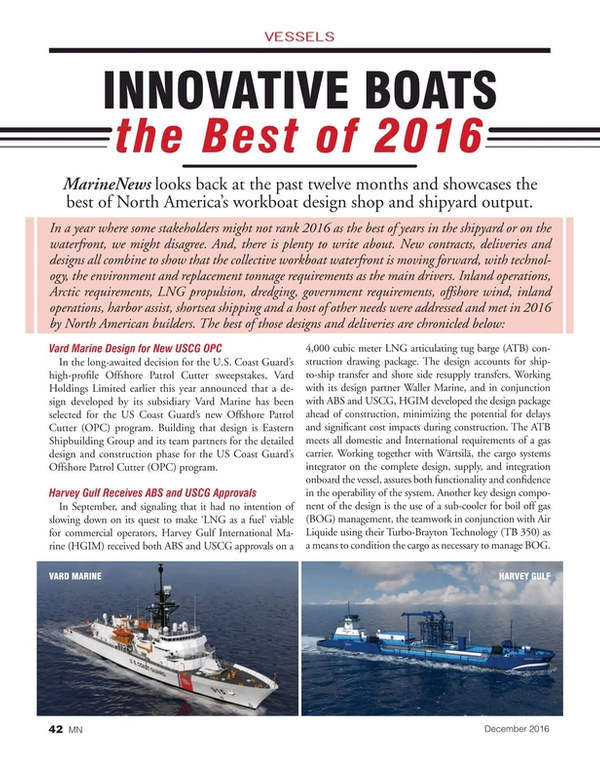